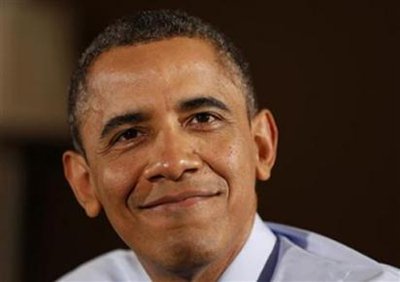 PHUKET: With little to show after a month of posturing, the White House and Republicans in Congress dropped hints yesterday that they had resumed low-level private talks on breaking the stalemate over the “fiscal cliff” but refused to divulge details.

A day after a phone conversation between President Barack Obama and John Boehner, the Republican speaker of the House of Representatives, appeared to kick-start communications, both sides used similar language to describe the state of negotiations but imposed a media blackout on developments.

“Lines of communication remain open,” White House spokesman Jay Carney told reporters when pressed on whether staff talks were taking place to avoid the steep tax hikes and budget cuts set for the first of next year unless the parties agree on a way to stop them.

The acknowledgement, even without signs of anything approaching a breakthrough, passed for encouraging news after a week of public manoeuvring on the fiscal cliff by both sides to gain the maximum political and public relations advantage.

Republicans have worried publicly and privately that they are losing the war of appearances in the battle over the cliff.

Another poll showed Republicans may have reason to worry about public perception. A Quinnipiac University survey found respondents trust Obama and Democrats more than Republicans on the cliff talks by a wide margin – 53 percent to 36 percent.

In both public statements and private encounters, Obama has tried to encourage Republicans wavering from the position of the party leadership.

Republican Representative Tom Cole, who last week broke ranks with his party and agreed to accept higher tax rates on the richest Americans, said Obama took him aside at a White House Christmas party on Monday and joked about the criticism Cole had received from Republicans.

“The president pulled me over and he said, ‘Cole, come closer, I want to see the bruises,'” Cole told Reuters. “He said, ‘Seriously, I will go further on this thing than you guys think. I know we can get something done.'”

While other Republicans have questioned Obama’s commitment, Cole said, “I take him at his word,” adding: “The best is to get to that discussion as quickly as we can.”
‘Solvable problem’
Obama, meanwhile, played to his strengths with the latest in a series of the sort of public events he has used against Republicans in the fiscal cliff fight: a visit with a family in the Virginia suburbs of Washington to illustrate how Republican tax proposals would hurt the middle class.

“The message that I think we all want to send to members of Congress is: this is a solvable problem,” Obama said while visiting the home of a couple in Falls Church, Virginia. “We are in the midst of the Christmas season and I think the American people are counting on this getting solved.”

Neither side in the showdown would characterize Wednesday’s conversation between Boehner and Obama or suggest it opened up new area of compromise.

Obama and Democrats in Congress want the tax cuts set to expire at the end of the year to be extended for taxpayers with incomes below $250,000 a year but not for the wealthiest 2 percent of Americans.

In exchange, the president has said he is willing to consider significant spending cuts wanted by Republicans to “entitlement” programs such as Medicare, the government health insurance plan for seniors.

Republicans have held out for an extension of all the tax cuts, but they have become increasingly divided about whether they can prevail in the face of Obama’s firm stance and Republican control of only the House but not the U.S. Senate.

Debt limit
The debt ceiling issue – the same one that provoked a showdown in 2011 that led to a downgrading of the U.S. credit rating – has become a centrepiece of the fiscal cliff debate, thanks in part to Obama’s insistence that Congress give him enhanced power to increase the debt limit, which needs to be raised again in the next few months.

“It ought to be done without delay and without drama,” Carney, the White House spokesman, said of raising the debt ceiling.

That issue produced a largely partisan procedural scuffle on Thursday in the Senate when Republicans tried to provoke a vote on giving Obama the power to raise the debt ceiling on his own.

Senate Republican leader Mitch McConnell, who had argued that not even Democrats would support giving Obama greater flexibility, tried to prove it by pushing for a vote.

When Senate Democratic leader Harry Reid went ahead and scheduled it, confident he had enough support to win on a straight majority vote, the Republicans backed down, with McConnell demanding that 60 votes be required for passage, more than the Democrats can muster.

No new vote was scheduled. While the measure could come up again, it was dead for the moment.

“Senator McConnell took obstruction to new heights by filibustering his own bill,” Reid said in a statement.

Democratic Senator Charles Schumer of New York told reporters that Republicans were losing the argument on raising top tax rates and “are trying to pivot away to other parts of the fiscal cliff in a desperate attempt to assert leverage and change the subject.”

The exchange may be a taste of things to come as Congress moves toward the fiscal cliff deadline.

Economists have warned a plunge over the cliff could drive the economy back into a recession. Mark Zandi, chief economist at Moody’s Analytics, told the congressional Joint Economic Committee that failure to strike a deal could have serious economic consequences relatively quickly.

“By mid-February you would be doing a lot of damage,” Zandi said.