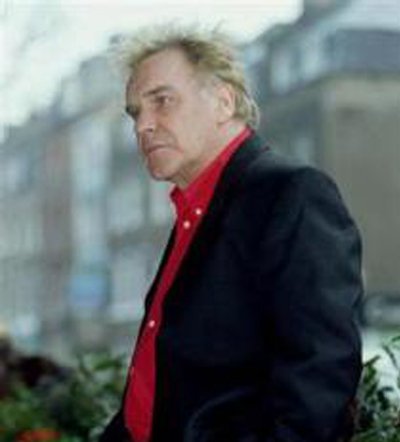 PHUKET: British police on Thursday arrested well-known comedian Freddie Starr in connection with an investigation into allegations that the late BBC entertainer Jimmy Savile and others were involved in the sexual abuse of hundreds of children.

The Metropolitan Police Service (MPS), which is better known as Scotland Yard, said a man from Warwickshire was arrested at approximately 5:45pm local time on Thursday on suspicion of sexual offenses. Police only referred to the man as “Yewtree 2”, but it is understood to be 69-year-old Starr.

The comedian was released on bail early yesterday morning but returned hours later for further questioning by police. “He has been re-bailed a date in December,” a Scotland Yard spokesperson said. “He falls under the strand of the investigation we have termed ‘Savile and others.'”

The arrest comes after a woman named Karen Ward claimed she was groped by Starr in 1974 in Jimmy Savile’s BBC dressing room when she was 14 years old. Starr previously denied the allegations, telling ITV: “There is one thing I hate close to my heart (and) that is pedophiles. I cannot stand them, and to be accused like this is devastating to say the least. And I’ve got to fight back.”

The child abuse scandal emerged early last month when British television network ITV aired an investigative program in which several women alleged Savile sexually abused them when they were below the age of consent. The program claimed Savile would use his fame to get access to young teenage girls, some who may have been as young as 12 years old.

British police have so far identified more than 200 potential victims. The allegations against Savile span six decades with reports starting in 1959 up to and including 2006, just five years before he died at his home in northern England last year at the age of 84. Some of the abuse allegedly took place at hospitals.

On October 19, the investigation, dubbed ‘Operation Yewtree’, moved from an assessment to a formal criminal investigation into child sexual exploitation by Savile and others. “As we have said from the outset, our work was never going to take us into a police investigation into Jimmy Savile,” Scotland Yard said in a statement at the time. “What we have established in the last two weeks is that there are lines of inquiry involving living people that require formal investigation.”

Pop star Gary Glitter was arrested on suspicion of sexual offenses in connection with the investigation on October 28, although details of his alleged involvement remain unclear. He rose to fame in the early 1970s but was convicted of possessing child pornography in 1999 and later found guilty by a Vietnamese court of committing obscene acts with minors.

The BBC has also come under fire after it emerged that the broadcaster had canceled a six-week Newsnight investigation in December 2011 which looked into claims that police and the Crown Prosecution Service (CPS) had dropped inquiries into abuse allegations against Savile. Some women have claimed they were abused by Savile on BBC premises.

BBC director-general George Entwistle apologized to potential victims last month and promised to investigate the allegations. “The BBC will not avoid confronting the events of its past; to understand what happened and to try to ensure that nothing of this kind can happen ever again at the BBC,” he said in a video statement.

Savile was hugely popular in Britain and was best known for being the first and last presenter of the long-running BBC music chart show “Top of the Pops” and for hosting the BBC television show “Jim’ll Fix It”. He was also known for his voluntary work and is estimated to have raised more than £40 million (2 billion baht) for charity, earning him a knighthood from Queen Elizabeth II in 1996 and a Papal knighthood from Pope John Paul II in 1990.