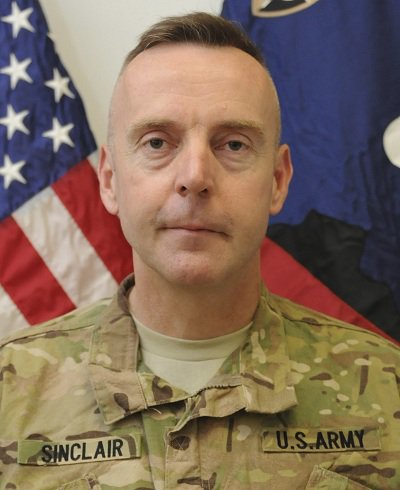 PHUKET (Reuters): The wife of a U.S. Army general facing adultery and sex charges said on Monday that military marriages have suffered from the extended U.S. involvement in Iraq and Afghanistan, and described infidelity as an emotional war wound that gets overlooked.

In an interview with Reuters, Rebecca Sinclair said she was hurt to learn of her husband Brigadier General Jeffrey Sinclair’s affair with a subordinate, which led to charges against him for more than two dozen military law violations.

But as the conduct of other U.S. generals is called into question – including that of retired Army General David Petraeus, who on November 9 quit his CIA director’s post over an affair – Rebecca Sinclair said she felt compelled to speak out.

“I’m not looking to excuse the behaviour,” she said. “I’m not trying to say that infidelity is okay. What I’m trying to say is I can see how it happens.”

Sinclair said that since the September 11, 2001 attacks on the United States, frequent deployments with little time home in between have put strain on soldiers and their families.

The Sinclairs, who on Friday mark their 27th wedding anniversary, have moved six times since the start of the wars in Iraq and Afghanistan and 17 times overall, she said. The oldest of their two children had attended six schools by the sixth grade.

“My husband has been home five years out of the last 11,” she said. “There’s less time for families to be families.”

Infidelity occurs across all military ranks, Sinclair said, and spouses consider it a potential toll of war along with the physical and psychological wounds their partners may endure.

“I really feel that this open-ended war has consequences for our families,” she said. “I’m trying to make a good situation out of bad, and I’m trying to find what we can do to use this as a teaching point going forward.”

There were at least 71 adultery convictions in court-martial proceedings across the services during the 2012 fiscal year, according to figures obtained from the services.

The private actions of two top national security officials have not resulted in adultery charges. Associates of Petraeus said his extramarital affair with biographer Paula Broadwell began after his 2011 Army retirement, which would mean he had not committed an offense under military law.

Another married officer, Marine General John Allen, the commander of U.S. and NATO forces in Afghanistan, is the subject of a Pentagon inspector general’s review of what sources describe as “flirtatious” emails with a Tampa socialite that were discovered during the probe into Petraeus’ liaison.

Allen has not been accused of wrongdoing, and he has told associates he did not have a romantic relationship with the woman, Jill Kelley.

“It’s hard to see other people go through this,” Rebecca Sinclair said. “My heart goes out to them and their families.”

Her husband, Jeffrey Sinclair, was sent home from his post as a deputy commanding general in Afghanistan this year over allegations of inappropriate behaviour toward four female subordinates and a civilian over the last five years.

One of the women, a captain whom Sinclair had requested be assigned to his unit in Afghanistan, said they had a three-year affair, during which she said he forced her to perform oral sex and threatened her career if she ended the relationship.

At a hearing this month at Fort Bragg in North Carolina, where Sinclair is based, his defence attorneys provided evidence that he passed a polygraph test in which he denied forcing the woman to perform any sexual acts.

Rebecca Sinclair did not attend the hearing with her husband.

She said they are working on their marriage and expressed hope the Army would drop the most serious charges – including forcible sodomy – against her husband based on evidence of a consensual relationship.

“My husband has admitted from the very beginning that he did commit adultery, and he feels that it’s conduct unbecoming an officer,” she said.

She said she believes her husband will be proven innocent. “And I’m hopeful that the Army is going to do the right thing,” she said.