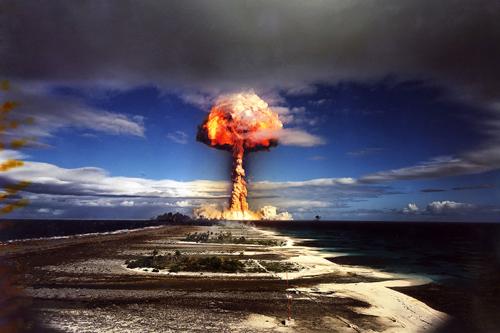 PHUKET: The Mayan calendar that ends tomorrow has prompted discussion of a possible Apocalypse but according to Yahoo.com the ancient people’s fabled date may not hold any weight.

Yahoo is reporting that the “prophecy,” does not come from the Mayans or even from thousands of years ago, but rather from two New Age books in the 70s and 80s.

According to Yahoo the two books predict outcomes as surreal as an “upgrade” to human consciousness predicted by a spirit from the seventh century. The date itself comes from a prophecy based on a magic mushroom trip.

“December 21 will be just another Friday morning,” said Andrew Wilson, Assistant Head of Social Studies at the University of Derby.

“A hippy guru called Jose Arguelles associated the date with the Mayan calendar in a book called The Mayan Factor in 1987. But it’s an obsolete form of the calendar, which had not been used since the year 1100AD.”

Wilson claimed to be channeling various spirits, including the spirit of a Mayan king from the seventh century. He predicted a ‘shift in human consciousness’ – mass enlightenment.” The actual date of December 21 first appeared in an earlier work – a 1975 book by Terence McKenna, a writer known for his descriptions of “machine elves” seen while under the influence of drugs according to Yahoo.

This fascination with end of the world and especially this date has prompted people around the world to look for signs and prepare themselves for what they call “end.”

RT News in Russia once reported that authorities had to respond to people after they were hysterical about the Doomsday predictions.

RT.com has also reported that towns around the country are selling doomsday survival kits (with vodka included) as well as tours to heaven or hell. While in America sales of survival equipment and shelters are on the rise.

According to the telegraph.co.uk in France believers of the doomsday prophecy are preparing to journey to the summit of a mountain where aliens will save them from the apocalypse.

The media outlet reports that panic has also hit China especially in the Sichuan province. Claims there say that there will be three days of darkness when the Armageddon happens, and stores have seen a flux of candle and lighting sales.

The news site also reported that, despite all the panic, Mexico has seen a boom in tourism with the nation staging numerous Mayan themed events to capitalize on the moment.

For students of ancient Mesoamerican time-keeping, December 21, 2012 marks the end of a 5,125-year cycle in the Maya Long Calendar, an event, one leading U.S. scholar said in the 1960s, that could be interpreted as a kind of Armageddon for the Maya.

Academics and astronomers say too much weight was given to the words and have sought to allay fears that the end is nigh.

Ethnic Maya unmoved by ‘Armageddon’ hysteria
Mexico’s government forecast around 50 million tourists from home and abroad would visit southern Mexico in 2012. Up to 200,000 are expected to descend on Chichen Itza tomorrow.

“It’s a date for doing business, but for me it’s just like any other day,” said drinks vendor Julian Nohuicab, 34, an ethnic Maya working in the ruins of the ancient city of Coba in Quintana Roo state, not far from the beach resort of Cancun.

Watching busloads of white-haired pensioners and dreadlocked backpackers pile into their heartland, Maya old and young roll their eyes at the suggestion the world will end.

“We don’t believe it,” said Socorro Poot, 41, a housewife and mother of three in Holca, a village about 25 miles (40 km) from Chichen Itza. “Nobody knows the day and the hour. Only God knows.”

World News: White House outlines plans to “get the guns”