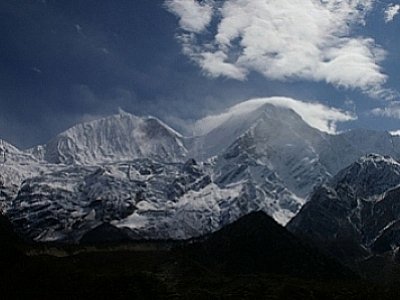 
Climbers’ death toll in Nepal avalanche reaches 11
Phuket Gazette / News Wires
PHUKET: The death toll has reached eleven while a number of others remain missing after a group of foreign and national climbers were buried under an avalanche in Nepal, local authorities said.

The avalanche occurred on the 8,848 meter-high (29,000 feet) Manaslu Peak in Nepal’s Gorkha District at an altitude of about 7,300 meters (24,000 feet) at around 4am on Sunday. According to reports, a large piece of ice broke off a glacier, causing the avalanche which ultimately destroyed over 20 tents at the peak’s camp-3, sweeping several people down the mountainside.

Bad weather forced rescue operations to be suspended on Sunday at about 3pm local time. As of yesterday morning, the deaths of eleven people were confirmed as Nepal army and police carried out search-and-resce operations with Simrik Air and Fishtail Air helicopters searching throughout the area.

Among the large group of over 200 climbers and guides were Germans, Italians and French nationals, as well as Sherpa guides, but the nationalities of those killed was not immediately available.

The former chairman of the Nepal Mountaineering Association, Ang Tsering Sherpa, confirmed the number of deaths, adding that avalanches on this scale were not common.