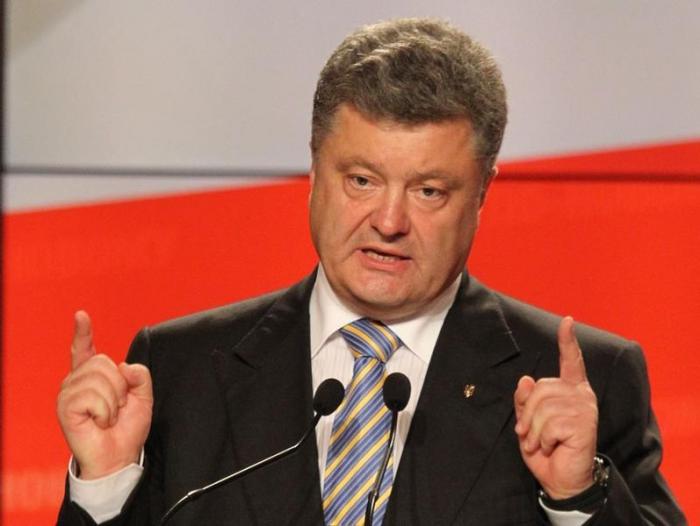 PHUKET: Petro Poroshenko, a billionaire chocolate manufacturer, claimed the Ukrainian presidency with an emphatic election victory on Sunday, taking on a fraught mission to quell pro-Russian rebels and steer his fragile nation closer to the West.

A veteran survivor of Ukraine’s feuding political class who threw his weight and money behind the revolt that brought down his Moscow-backed predecessor three months ago, the burly 48-year-old won 55 percent in exit polls on a first-round ballot marred by the reality that millions were unable to vote in the troubled eastern regions.

Results will not be announced until Monday but runner-up Yulia Tymoshenko, on 13 percent, made clear she would concede, sparing the country a tense three weeks until a runoff round.

Poroshenko, known as the “Chocolate King”, has no time to lose to make good on pledges to end “war” with separatists in the Russian-speaking east, negotiate a stable new relationship with Moscow and rescue an economy sapped by months of chaos and 23 years of post-Soviet mismanagement and chronic corruption.

The size of his victory reflects in part Ukrainians rallying behind the front-runner in the hope of ending a political vacuum that Russian President Vladimir Putin has exploited to annex the Crimea peninsula and offer solidarity, and maybe more, to rebels in the east who want to break with Kiev and accept Russian rule.

“He has taken a heavy burden on his shoulders,” said Larisa, a schoolteacher who was among crowds watching the results on Kiev’s Independence Square, where pro-Western “EuroMaidan” protests ended in February in bloodshed that prompted President Viktor Yanukovich to flee to Russia. “I just want all of this to be over,” she added. “I think that’s what everybody wants.”

In the eastern Donbass coalfield, where militants ensured polling stations were closed to some 10 percent of the national electorate, rebels scoffed at the “fascist junta” and announced a plan to “cleanse” their “people’s republic” of “enemy troops”. A minister in Kiev said in turn its forces would renew their “anti-terrorist operation” after a truce during the polling.

More than 20 people were killed in the region last week.

Claiming a popular mandate for a resumption of efforts to bind the nation of 45 million into association with the European Union – a drive that triggered the whole crisis six months ago – Poroshenko said he was ready to negotiate with Putin and called Russia a vital partner. He insisted Crimea must be returned.

Yet it remains unclear how the tycoon can square the circle of turning firmly westward as long as Russia, Ukraine’s major market and vital energy supplier, seems determined to maintain a hold over the second most populous ex-Soviet republic, occupying a vast swathe of the borderlands between East and West.

Nor is it clear that Poroshenko has new answers to resolving the uprising in the industrial east, given the weakness of his forces and the threat of Russian military intervention – a threat that has raised fears of a new Cold War, or worse, and has been met by only tentative U.S. and EU economic sanctions.

Declaring that his first trip would be to the Donbass – though quite when is unclear given that it may take some time to be formally sworn in – Poroshenko said he was ready to negotiate with anyone, and to offer the kind of regional autonomy, Russian language rights and budgetary powers that many want in the east.

“To people who have taken up arms but are not using them, we are ready to give amnesty,” he told a news conference at which he fielded questions in a fluent mix of Ukrainian, Russian and English. “As for those who are killing, they are terrorists and no country in the world conducts negotiations with terrorists.”

Poroshenko can be sure of a welcome from the European Union and United States – President Barack Obama hailed the election as a step toward restoring Ukrainian unity. But although Putin told an international audience at the weekend that he was ready to work with a new Ukrainian administration, Russia may use the gaps in the election in the east to question its legitimacy.

A senior member of Putin’s party, deputy parliamentary speaker Sergei Neverov, gave a taste of that when he wrote on Facebook: “It is hard to recognise the legitimacy of elections when tanks and artillery are wiping out civilians and a third of the population is driven to the polling stations at gunpoint.”

He ridiculed Western leaders for endorsing the vote.

In a statement, Obama did not preempt the results by naming Poroshenko but he praised Ukrainians for turning out to vote despite the threats. He called the election “another important step forward in the efforts of the Ukrainian government to unify the country and reach out to all of its citizens to ensure their concerns are addressed and aspirations met”.

It was Yanukovich’s last-minute decision to shun a proffered free trade and economic support package from the EU in November that sparked the protests that led to his downfall. Moscow had threatened to bar Ukrainian imports and cut off gas supplies if Yanukovich, whose power base was in the east, signed the deal.

Poroshenko is hardly a new face in Ukrainian politics, having served in a cabinet under Yanukovich and also under previous governments led by Yanukovich’s foes. This breadth of experience has given him a reputation as a pragmatist capable of bridging Ukraine’s divide between supporters and foes of Moscow.

A former national security council chief, foreign minister and trade minister, he was a strong backer of the protests that toppled Yanukovich and is thus acceptable to many in the “Maidan” movement who have kept their tented camp in the capital to keep pressure on the new leaders to honour their promises.

Constitutional changes since Yanukovich’s fall will leave Poroshenko with less power than his predecessor. He will share duties with Prime Minister Arseny Yatseniuk and parliament.

Poroshenko, who has worked closely with the liberal Yatseniuk in recent months, said there should be a parliamentary election before the end of the year – though he also said that it should not take place before conflict in the east was over.

Poroshenko and former prime minister Tymoshenko traded accusations of corruption when both were in government following the “Orange Revolution” of 2004-05 that thwarted Yanukovich’s first bid for the presidency. But many voters saw him as less culpable than many in Ukraine of enriching himself illegally.

Where many “oligarchs” across the former Soviet Union took control of huge, formerly state-owned assets in the 1990s, many credit Poroshenko with building his Roshen confectionery empire himself. His other interests include a major TV news channel.

“He’s a serious person who built up his business himself,” said Olga Netreba, 54, a civil servant in the industrial city of Dnipropetrovsk who said she had voted for him. “He knows economics and I think he didn’t steal his money but earned it.

“I expect that with him Ukraine will be in Europe, that we will finally start getting towards Europe, so that living standards rise and Ukraine never returns to dictatorship.”

Many people in the regions of Donetsk and Luhansk, home to close to 15 percent of the population, said they were