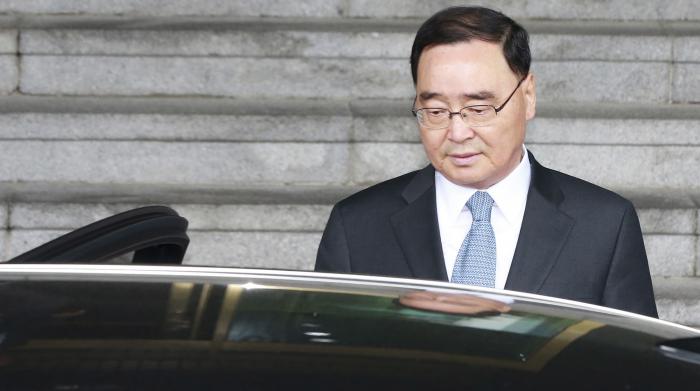 The Sewol ferry sank on a routine trip south from the port of Incheon to the traditional holiday island of Jeju.

“Keeping my post too great a burden on the administration,” a sombre Chung said in a brief announcement.

Chung was booed and someone threw a water bottle at him when he visited grieving parents the day after the disaster.

More than 300 people, most of them students and teachers from one high school on a field trip, have died or are missing and presumed dead. The children were told to stay put in their cabins, where they waited for further orders. The confirmed death toll on Sunday was 187.

Tempers have frayed over the slow pace of the recovery and frequent changes in information provided by the government, including at one time by a local government that everyone had been rescued.