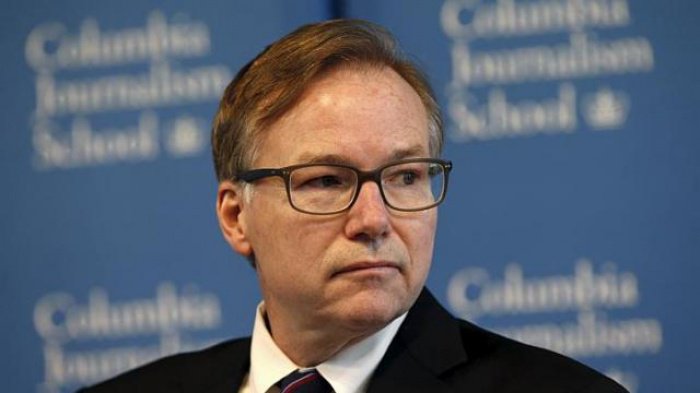 PHUKET: The University of Virginia fraternity at the center of Rolling Stone’s retracted article “A Rape on Campus” said on Monday it planned to sue the magazine for what it called “reckless” reporting that hurt its reputation.

Phi Kappa Psi’s announcement came a day after a team from the Columbia University Graduate School of Journalism concluded in a report that the magazine had failed to follow basic journalistic safeguards.

The 9,000-word story described how a student identified by her real first name, Jackie, said she endured a gang rape at the fraternity in 2012. The allegations sent shockwaves through the campus about 70 miles (113 km) from Richmond, Virginia’s capital. After the article was published in November, students demonstrated on campus and in front of the fraternity house, which was vandalized.

“Clearly our fraternity and its members have been defamed, but more importantly we fear this entire episode may prompt some victims to remain in the shadows, fearful to confront their attackers,” Stephen Scipione, president of the fraternity in Charlottesville, Virginia, said in a statement.

Fraternity chapter spokesman Brian Ellis said he did not know what would be in the lawsuit, or when the fraternity’s lawyers would file it. The fraternity said on Monday that images of its house continue to be used by news organizations as a symbol of campus sexual assault.

Rolling Stone declined to comment. The magazine is owned by Jann Wenner, who founded it in 1967 primarily to cover music and culture. The privately held company, Wenner Media LLC, also publishes the magazines Us Weekly and Men’s Journal.

To prevail in a defamation lawsuit, the fraternity would need to first show the accusations against it in the story were false and that it suffered damages as a result, such as fewer applicants or reduced donations from alumni, said Rebecca Tushnet, a Georgetown University law professor.

Then it would need to show that Rolling Stone was negligent in its reporting. If a court finds that the fraternity was a public figure, it would have to prove the magazine was reckless or acted with actual malice.

“It seems to me this will very much turn on recklessness,” said Tushnet. “Did they have a little voice in the back of their heads, saying, ‘You might have a problem here,’ and ignore that voice?”

Individual fraternity members could sue, she said, but the members face an additional burden of showing harm because the average reader likely could not have identified them from reading the article written by contributing editor Sabrina Rubin Erdely.

Because it is a government entity, the University of Virginia likely could not sue for defamation, Tushnet said.

An investigation by Charlottesville police found no evidence that Jackie had been gang raped.

In December, after questions about the story’s veracity, Rolling Stone apologized for “discrepancies” in the account and admitted that it never sought comment from seven men accused of the alleged rape.

On Sunday, Columbia’s report, commissioned by Rolling Stone, cited the magazine for reporting and editing lapses, including the failure to verify Jackie’s story with three of her friends and for not confronting the fraternity with details of the story before publication. The report was written by Steve Coll, dean of the Columbia journalism school; Derek Kravitz, a postgraduate research scholar at the school; and Sheila Coronel, academic dean at the journalism school.

Rolling Stone is represented by Davis Wright Tremaine, a law firm with a large practice defending media organizations. Elizabeth McNamara, a partner at the firm, referred questions to the magazine.

The magazine said in a statement on Sunday that it would commit itself to a series of recommendations made in the Columbia University review. Rolling Stone owner Wenner, though, told the New York Times on Sunday that the editors of the article, Will Dana and Sean Woods, would not lose their jobs and that Erdely would continue to write for the magazine.

Erdely also apologized in a statement published by the New York Times on Sunday, saying “the Columbia account of the mistakes and misjudgments in my reporting was a brutal and humbling experience.”

During a news conference on Monday, two of the three authors of the Columbia University review said it was not up to them to recommend if people should be fired over what they called an avoidable journalistic failure.

“We pointed out systemic and institutional problems and we are leaving it up to Rolling Stone to decide how to deal with these problems,” said academic dean Coronel.