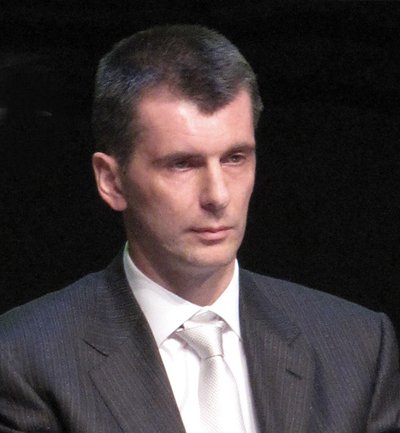 Russian automobile manufacturer Yo-Auto on Tuesday announced that it will be offering the country’s first hybrid vehicle late next year.

The company’s billionaire co-owner Mikhail Prokhorov spoke on national television on Tuesday to confirm that the first Yo-hybrid is scheduled to come out on sale in December 2012. Prokhorov had said in previous announcements that the goal is to manufacture and offer an eco-friendly vehicle for under $10,000 (approximately 310,000 Thai Baht).

The first Yo-mobile manufacturing plant, which is located near the Russian city of St. Petersburg, is estimated to have an annual production capacity of around 45,000 vehicles. However, the capacity is expected to double after the second stage of the plant’s construction is completed.

The high-profile billionaire, 46, announced earlier this month that he will take part in next year’s presidential election and challenge Prime Minister Vladimir Putin. Prokhorov is considered to be Russia’s third richest billionaire with a net worth of approximately $18 billion.

Despite his political aspirations, Prokhorov aims to carry out his business projects as planned. “I have a very strong team and highly-skilled and professional staff,” Prokhorov said, as quoted by RIA Novosti. “All the projects I announced in business will be implemented in full.”

Prokhorov made his fortune in metals and banking, but he is also well known as the owner of the New Jersey Nets, which he bought in 2009.

Turkey has approved the construction of the South Stream gas pipeline which is intended to carry Russian natural gas under the Black Sea to Europe, Russian Prime Minister Vladimir Putin has announced.

The South Stream pipeline is expected to transport up to 63 billion cubic meters of gas to central and southern Europe. Commercial gas deliveries are excepted to start at the end of 2015, according to Alexei Miller, the head of the Russian natural gas monopoly Gazprom.

“I am pleased to note that our energy talks, which have been fairly strained and difficult, have yielded positive results,” Putin said during a meeting with Turkish Energy and Natural Resources Minister Taner Yildiz. “I would especially like to thank the Turkish government for its decision to give its final authorization to Gazprom to build the South Stream gas pipeline system on the Black Sea bed in Turkey’s exclusive economic zone.”

Putin said the accord will contribute to stable energy supplies to the European market. “This truly is a pan-European project,” he noted. The prime minister added that Russia also agreed on long-term contracts for the delivery of gas to Turkey until 2021 and 2025, with a boost in gas supplies to Turkey by eight percent or 2 billion cubic meters in 2012.

The South Stream pipeline is an attempt to diversify Russian gas routes away from transit countries such as Ukraine. The neighboring ex-Soviet republic accounts for 80 percent of Russian gas transit to European Union nations but frequent rows with Moscow over gas prices have sometimes ended with Kiev switching the gas tap off in wintertime.

Miller said the construction of the South Stream pipeline will not affect the gas price formula for Ukraine or other countries.

Twelve people were injured on early yesterday afternoon when a passenger plane crashed while landing at an airport in Kyrgyzstan, government officials said. There were no fatalities.

The accident happened at around 1:48 p.m. Phuket time, when Kyrgyzstan Airlines Flight 3 was attempting to land during bad weather at an airport in Osh, the second largest city in the Central Asian country. The plane, a Tupolev Tu-134, was en-route from the capital of Bishkek.

A spokesman for the Emergencies Ministry said the aircraft, which was carrying 73 passengers and 6 crew members, skidded off the runway and overturned before coming to a stop. The aircraft sustained heavy damage and both the right wing and the landing gear were broken off, according to officials.

The Kyrgyz Health Ministry confirmed twelve people were injured, including nine people who were treated at the scene by ambulances. A 7-month-old girl and a 19-year-old man were among those hospitalized, both suffering from a concussion and other injuries.

It was not immediately known what caused the accident, but officials said heavy fog and possible icing are being investigated as possible causes. The aircraft was manufactured in 1979 and its airworthiness certificate was to expire on January 19.

In August 2008, Iran Aseman Airlines Flight 6895 crashed after taking off from Manas International Airport in Bishkek, killing 68 people and injuring 18 others. It remains the deadliest aviation accident in the country’s history.