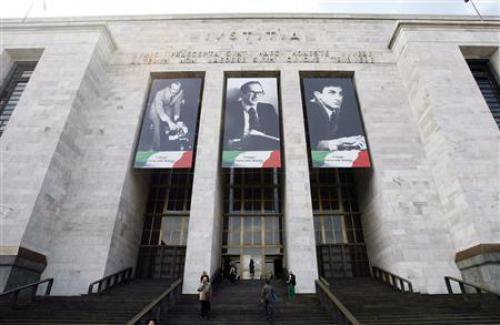 One suspect, a 42-year-old Roman man charged with extortion, killed himself by jumping off his fourth-floor balcony when police arrived at his home to arrest him, police said.

The suspected “mafiosi” are accused of involvement in drug trafficking, extortion and loan sharking, and laundering profits in 27 coffee bars and pizzerias in Rome, including “Pizza Ciro”, one of the city’s most popular chains, a police statement said.

Also among the 250 million euros ($339 million) worth of assets seized were 30 petrol stations in Naples, a wholesale food warehouse, a semi-professional soccer club, jewellery stores and dozens of properties, bank accounts and cars.

Together, Italy’s main crime groups – Sicily’s Cosa Nostra, Calabria’s ‘Ndrangheta and the Camorra from Naples – have an annual turnover of 116 billion euros, according to the United Nations Office on Drugs and Crime. That is more than the annual sales of Italy’s biggest company, oil producer Eni.