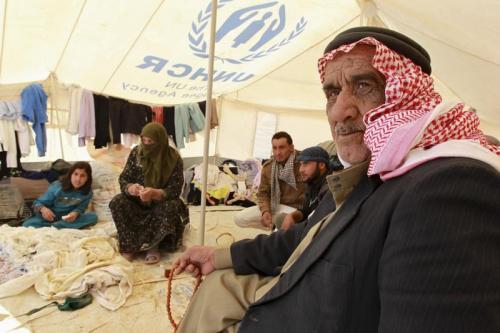 
Venezuelans parade Chavez’s coffin, prepare for vote
Reuters / Phuket Gazette
PHUKET: Weeping and shouting, a sea of Hugo Chavez’s supporters paraded his coffin through the streets of Caracas on Wednesday in an emotional outpouring that could help his deputy win an election and keep his self-styled socialist revolution alive.

Hundreds of thousands of “Chavistas” marched behind a hearse carrying the remains of the flamboyant and outspoken president, draped in Venezuela’s blue, red and yellow national flag.

Avenues resounded with chants of “Chavez lives! The fight goes on!” as supporters showered flowers onto the coffin and jostled to touch it. Loudspeakers played recordings of the charismatic socialist giving speeches and singing.

Some supporters held heart-shaped placards that read: “I love Chavez!” Others cheered from rooftops, waving T-shirts.

Ending one of Latin America’s most remarkable populist rules, Chavez died on Tuesday at age 58 after a two-year battle with cancer that was first detected in his pelvis.

His body was to be taken to a military academy later on Wednesday to lie in state until his state funeral on Friday.

The future of Chavez’s socialist policies, which won him the adoration of poor Venezuelans but infuriated opponents who denounced him as a dictator, now rests on the shoulders of Vice President Nicolas Maduro, the man he tapped to succeed him.

“We ask our people to channel this pain into peace,” Maduro said.

Maduro, a 50-year-old former bus driver and union leader, will probably face Henrique Capriles, the centrist opposition governor of Miranda state, in an election now due within weeks in the OPEC nation with the world’s largest oil reserves.

One recent opinion poll gave Maduro a strong lead over Capriles, in part because he has received Chavez’s blessing as his heir apparent, and he is likely to benefit from the surge of emotion following the president’s death.

Authorities said the vote would be called within 30 days, as stipulated by the constitution, but did not specify the date.

The tall, moustachioed Maduro has long been a close ally of Chavez. He pledges to continue his legacy and is unlikely to make major policy changes soon.

Some have suggested Maduro might try to ease tensions with Western investors and the U.S. government. Yet hours before Chavez’s death, Maduro alleged that “imperialist” enemies had infected the president with cancer and he expelled two U.S. diplomats accused of conspiring with domestic opponents.

A victory by Capriles, 40, a centrist politician who calls Brazil his model for Venezuela, would bring big changes and be welcomed by business groups, although he would probably move cautiously at first to lower the risk of political instability.

“Don’t be scared. Don’t be anxious. Between us all, we’re going to guarantee the peace this beloved country deserves,” Capriles said in a condolence message, calling for unity and respect for the loss that many felt after Chavez’s death.

The stakes are also huge for Latin America, given the crucial economic aid and cheap fuel that Chavez sent to allied leftist governments across the region.

Venezuela’s military commanders pledged loyalty to Maduro, who will be caretaker leader until the election, and soldiers fired 21-gun salutes to Chavez in barracks across the nation.

It was not immediately clear where Chavez would be buried.

He had ordered a striking new mausoleum built in downtown Caracas for the remains of 19th century independence hero Simon Bolivar, his inspiration, and it is due to be finished soon. Some allies are already saying he should be buried there.

Despite the tumult around the coffin procession, much of Caracas was quiet, with streets deserted, especially in wealthier districts. Many shops locked their doors out of fear of looting. There were long lines outside gasoline stations.

A stony-faced Bolivian President Evo Morales joined Maduro at the front of the procession. The presidents of Argentina and Uruguay had also arrived for the funeral, state media said.

“This has hit me very hard, I’m still in shock,” said Leny Bolivar, a 39-year-old education ministry worker, her eyes red from tears. “We must keep fighting; he set out the way.”

Condolences flooded in from around the world – ranging from the Vatican and the United Nations to allies like Iran and Cuba.

Syrian President Bashar al-Assad mourned Chavez’s death as a great loss, extolling his opposition to the “war on Syria.”

U.S. President Barack Obama was less effusive about a man who put his country at loggerheads with Washington, saying his administration was interested in “developing a constructive relationship with the Venezuelan government.”

In a potentially conciliatory gesture, the United States is expected to send a delegation to the funeral.

Opponents at home hoped for a fresh start.

“Chavez was very dominant and used the powers of state in a very discretional way, as though this was his own estate,” Juan Vendrell, a 58-year-old engineer, said in a wealthy neighbourhood of Caracas. “I would like a change and for institutions and democracy to be restored.”

Chavez led Venezuela for 14 years and had easily won a new six-year term in an election in October, defeating Capriles.

His folksy charisma, anti-U.S. diatribes and oil-financed projects to improve life for residents of long-neglected slums created an unusually powerful bond with many poor Venezuelans.

That intense emotional connection underpinned his rule, but critics saw his autocratic style, gleeful nationalizations and often harsh treatment of rivals as hallmarks of a dictator whose policies squandered a historic bonanza of oil revenues.

The nationalizations and strict currency controls under Chavez frightened off investors. Even some of his followers complained that he focused too much on ideological issues at the expense of day-to-day problems such as power cuts, high inflation, food shortages and violent crime.

Chavez’s health declined sharply just after his re-election on October 7, possibly due to his decision to campaign for a third term instead of stepping aside to focus on his recovery.

“His legacy will be the transformation of Venezuelan political culture, putting social inequality and poverty alleviation at the top of the political agenda,” said Diego Moya-Ocampos, a Venezuela analyst.

“However, that came at the cost of greater authoritarianism in government and challenges to democracy as he sought to consolidate his leadership.”
Anxiety builds as Kenyans wait for presidential winner
Reuters / Phuket Gazette
PHUKET: Kenyan authorities said the outcome of the country’s presidential election would not be compromised by the failure of electronic vote counting technology that has delayed results for a third day.