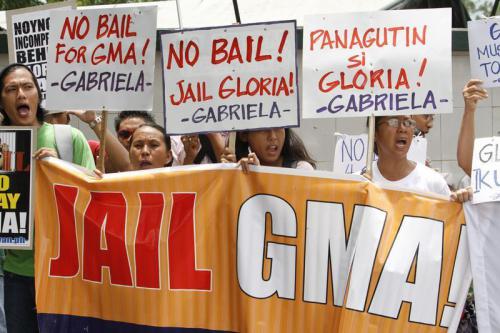 
Smuggling, fraud cost Philippines $25.8 billion in 2011, study says
Reuters / Phuket Gazette
PHUKET: More than $410 billion in illicit money crossed the borders of the Philippines from 1960 to 2011, with customs fraud related to imported goods surging in recent years, according to a study released on Monday by a U.S.-based anti-graft watchdog group.

Global Financial Integrity (GFI) said a record high of $25.8 billion came into the southeast Asian, archipelago nation illegally in 2011, the most recent year for which data was available. (GFI report: https://r.reuters.com/buv56v)

That was up from $22.9 billion in 2010, marking back-to-back years of record illicit inflows. About $14.2 billion of illicit inflows was reported for 2009, the study said.

These illicit inflows are typically the result of under-reported merchandise that is shipped into the country, said GFI economist Brian LeBlanc, one of the report’s authors.

“This is mostly importers trying to avoid VAT taxes or import tariffs,” LeBlanc said. “Customs corruption is a huge issue in the Philippines,” he said.

Over the 42-year period, about $277.6 billion was illegally transferred into the country, and $132.9 billion in illicit funds went out of the country from crime, corruption, and tax evasion, the report said.

The Philippine Treasury has lost at least $19.3 billion in tax revenue since 1990 due to customs duties evasion, GFI said.

“We hope that this study will spur the government of the Philippines to consider effective legislative and regulatory measures to curb the flow of illicit money into and out of the Philippines,” said Tom Cardamone, managing director of GFI.

The report was funded by the Ford Foundation, a donor to GFI, which also receives funding from governments and individuals.

A spokesperson with the Philippine embassy in Washington could not immediately be reached for comment.

The Organisation for Economic Co-operation and Development, a grouping of major industrialised countries, in 2010 removed the Philippines from a blacklist of non-cooperative tax havens after Manila changed its tax and bank secrecy laws.