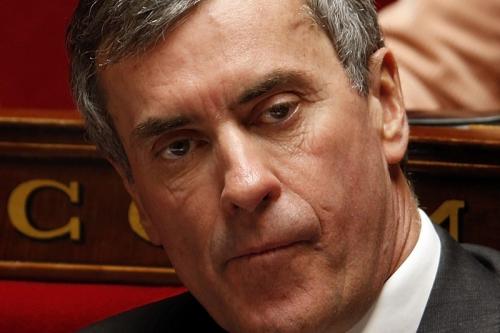 The miners were trapped 600 metres below ground at the Rudna mine, about 400km southwest of the Polish capital, and there has been no contact with them for two hours, KGHM spokesman Dariusz Wyborski said.

Several U.N. diplomats, speaking on condition of anonymity, disputed the allegations of bias.

The U.N. Security Council’s Group of Experts, which monitors compliance with sanctions and the arms embargo on Congo, said in a report last year that Rwanda’s defence minister was commanding the M23 revolt in Congo and that Rwanda was arming the rebels and supporting them with troops. It also accused Uganda of supporting M23.

Rwanda’s government was furious about the experts’ report, as was the Ugandan government, and denied the allegations. U.N. officials and Security Council diplomats, however, said the Rwandan denials were not credible.

A Rwandan diplomat confirmed the refusal to issue entry visas to Bernard Leloup of Belgium and Marie Plamadiala of Moldova. Several council diplomats dismissed the Rwandan allegations of bias, saying they suspected Kigali may be getting revenge over the group’s revelations about M23’s Rwandan links.

“We told the DRC (Congo) sanctions committee … that no visa will be issued to either of them,” Rwanda’s deputy U.N. ambassador, Olivier Nduhungirehe, told Reuters. He was referring to the Security Council’s Congo sanctions committee.

Several diplomats said the other four members of the expert group are currently in the Rwandan capital Kigali for discussions with the government regarding the panel’s continued investigation of Rwanda’s role in supporting M23.

Britain, France and the United States are among the countries that have urged Kigali to cooperate with all six members of the expert panel, council diplomats said, adding that they hoped Rwanda would relent.

Last year’s report by the Group of Experts caused significant grief for Rwanda. The United States, Sweden, the Netherlands, Britain and the European Union reacted to the experts’ accusations by suspending some aid to Rwanda, which relies on donors for about 40 percent of its budget.

The Rwandan U.N. mission prepared a memo complaining about Leloup and Plamadiala. In that memo, obtained by Reuters from a diplomatic source, Rwanda accused Leloup of “a clear pattern of a deeply-seated bias against the GoR (government of Rwanda).”

The memo said Plamadiala has “no demonstrated expertise” suitable to being a member of the expert panel and “demonstrates inappropriate professional boundaries not befitting a U.N. expert.”

The U.N. press office did not have an immediate response to the question of whether the Rwandan memo complaining about the two experts had been received by Ban’s office.

Plamadiala declined to comment in an email to Reuters. Leloup did not respond to an emailed request for comment.

Last year, Rwanda accused the Group of Experts’ coordinator, Steve Hege of the United States, of bias and leaking information to the media. Several council diplomats told Reuters those allegations about Hege were unfounded. The experts’ new coordinator is Emilie Serralta of France.

Recently the M23 rebellion started to implode, U.N. diplomats and officials say. Hundreds of Congolese M23 rebels loyal to warlord Bosco Ntaganda fled into neighbouring Rwanda or surrendered to U.N. peacekeepers over the weekend after being routed by a rival faction.

Ntaganda, the fugitive Rwandan-born former Congolese general, walked into the U.S. Embassy in Rwanda on Monday and asked to be transferred to the International Criminal Court, where he faces war crimes charges racked up during the rebellion.

African leaders signed a U.N.-mediated regional accord late last month aimed at ending two decades of conflict in eastern Congo and paving the way for the possible creation of a U.N. intervention force to combat armed groups.


Italian president seeks way out of political stalemate
Reuters / Phuket Gazette
PHUKET: Italian President Giorgio Napolitano starts consultations with political leaders today to see if any of them has a chance of forming a government after last month’s election left no party with a majority in parliament.

Italy’s political stalemate and the prospect of months of political uncertainty has created alarm across Europe just as the standoff over bank deposits in Cyprus reawakened fears that the euro zone debt crisis could flare up again.

Centre-left leader Pier Luigi Bersani, who won a majority in the lower house but not in the Senate, commands the largest bloc in parliament but cannot govern unless he has support from one of the other parties.

However there has been no sign that an accord is possible with either former Prime Minister Silvio Berlusconi’s centre-right alliance, the second biggest force in parliament, or the anti-establishment 5-Star Movement led by ex-comic Beppe Grillo which holds the balance of power.

If no agreement can be struck between parties that remain bitterly divided, Italy faces the prospect of a brief period under a caretaker government followed by a return to the polls, possibly as early as June.

Bersani, 61, received a small boost at the weekend when his two candidates were elected the speakers of the two houses of parliament, despite the centre-left’s lack of a majority in the upper house.

Both speakers announced late yesterday that they would take a 30 percent wage cut and urged other parliamentarians to do the same, a move that followed an example set by 5-Star members elected as local officials in Sicily last year who gave up most of their salaries and used the savings to fund small businesses.

Bersani is proposing to present a limited package of reforms aimed at fighting corruption and creating jobs that he hopes can be backed by the 5-Star Movement.

Given the fractious climate, the prospects of a minority government surviving more than a short time are slim but Bersani has little alternative.

“The PD is not changing our line, we’ll go to the consultations with the proposals which were voted by the party leadership immediately after the election,” he told reporters yesterday.