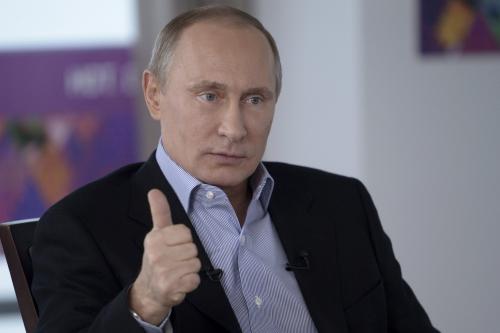 Amid rising concerns about threats from militants to disrupt the Sochi games, the U.S. military is making two ships in the Black Sea available should American support be required during the Olympics.

A White House statement about the phone call gave few details about what exactly was discussed by Obama and Putin.

But it said the two leaders talked about how best to advance shared U.S.-Russian interests, “including a safe and secure Sochi Olympics, for which the United States has offered its full assistance.”

Reuters reported on Sunday that U.S. military and intelligence officials have been studying contingency plans for evacuating Americans from the games in case of a crisis.

But U.S. officials have concluded there would be major obstacles to mounting a large-scale effort by the military or other U.S. government resources to evacuate Americans from Sochi, said a source familiar with Obama administration debates.

The most formidable roadblock U.S. officials have discussed regarding contingency plans for Sochi is that Russian authorities have historically been reluctant to allow foreign military forces, especially those of the United States, on Russian territory.

The State Department has warned Americans planning to attend the games to be vigilant about their security because of potential terrorist threats.

The White House said Obama and Putin discussed the effort by world powers to contain Iran’s nuclear program, a day after an interim agreement went into effect in which some economic sanctions against Iran are being eased in exchange for Tehran taking steps to roll back its nuclear program.

Obama and Putin talked about the ongoing international effort to remove and destroy Syria’s chemical weapons, the White House said.