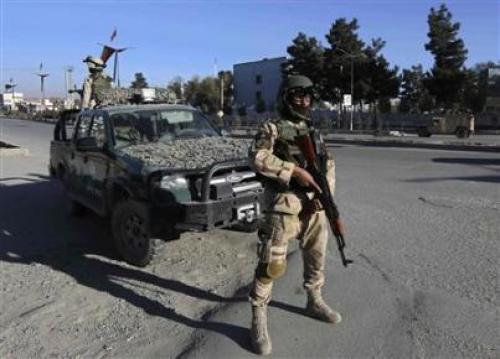 
North Korea may have detained elderly U.S. man
Reuters / Phuket Gazette
PHUKET: North Korea appears to have detained an 85-year-old California man who had entered the country on a tourist visa, pulling him off a plane as he was about to leave the reclusive Asian country last month, according to media reports yesterday.

Japan’s Kyodo News Service, citing an unnamed diplomatic source in a report from Beijing, said the man entered North Korea for sightseeing last month with a valid visa and may have been detained. The report did not identify him.

But neighbors of 85-year-old Merrill Newman in the Northern California city of Palo Alto told Reuters on Wednesday they were concerned about his fate after he travelled to North Korea but failed to return.

The San Jose Mercury News, citing unnamed sources, had earlier identified Newman as the detained American, saying he was a Korean war veteran who was taken off a plane as he was about to leave North Korea on October 26.

The detention could become another diplomatic bargaining chip for North Korea, which has held Kenneth Bae, a Korean-American Christian missionary, since November 2012, Kyodo said. Bae has been sentenced to 15 years of hard labour.

The U.S. State Department echoed U.S. embassy officials in Beijing and Seoul who said they were aware of the reports but could not confirm them.

A recent newsletter from Channing House, the retirement home where Newman lives, said he was embarking on a trip to North Korea along with another resident, Bob Hamrdla, and that the two would be accompanied at all times by Korean-speaking guides.

“There has to be a terrible misunderstanding. I hope that the North Koreans will see this as a humanitarian matter and allow him to return to his family as soon as possible,” Hamrdla said in a brief statement released by Channing House on Wednesday that provided no further details.

A fellow resident of Channing House told Reuters that Hamrdla returned from the trip without Newman, whom he described as an adventurous traveller who had cruised much of the Pacific.

“Bob came back alone and there was very little explanation other than he (Newman) was taken off the plane,” neighbour Brian Trankle said. “We don’t know what is going to happen.”

Newman’s daughter-in-law, Anne Ryan Newman, declined to comment, as did several other neighbours at the retirement home.

“The family doesn’t want any attention to this at all,” Channing House resident Susan Hartzell said in a phone interview.

Newman served as a U.S. infantry officer in the Korean War, later worked as a manufacturing and finance executive and retired in 1984, according to a biography of him in a February 2012 newsletter from Channing House.

“Merrill took Korean language lessons to prepare for their 10-day independent trip. They will be accompanied at all times by two Korean guides,” the facility’s latest newsletter said.

Hamrdla, a former assistant to the president of Stanford University who moved into Channing House in 2011, did not return calls. He has led more than 40 study and travel programs to Central Europe, according to a biography on the Stanford website.

A U.S. State Department advisory to American travellers warns that “U.S. citizens crossing into North Korea, even accidentally, have been subject to arbitrary arrest and long-term detention.”

North Korea says the detained man has broken the law, according to Kyodo.

Separately, North Korea said on November 7 that it had arrested a South Korean spy, but it has not provided any more details.

“The South Korean that North Korea claims to be a South Korean spy turned out to be 50-year-old missionary named Kim Jeong-wook,” the Donga Ilbo newspaper of Seoul said on its website, citing Kim’s family in South Korea and unnamed sources in China.

A U.S. embassy official in Seoul, who spoke on condition of anonymity, said he believed the two cases were separate.

U.S. missionaries of Korean descent have a long history of getting into trouble in North Korea and have required high-Profile figures such as former President Bill Clinton to secure their release.

In his visit, Bae brought in what the North said were “propaganda materials” aimed at overthrowing the state. An attempt by U.S. North Korean rights envoy Robert King to secure Bae’s release in August was rejected by Pyongyang.


White House seeks to assure Asia that U.S. rebalancing is major objective
Reuters / Phuket Gazette
PHUKET: The White House sought to reassure allies in the Asia-Pacific region that a U.S. commitment to a policy pivot toward Asia remains a major objective, despite a recent American focus on events in the Middle East.

President Barack Obama’s cancellation of an Asia trip in October raised questions about the extent of his commitment to a policy shift. Lately, however, the United States has been working toward an international accord on Iran’s nuclear program after striking an agreement on the Syrian government’s stockpile of chemical weapons.

Obama’s national security adviser, Susan Rice, announced that Obama would travel to Asia in April to make up for a visit canceled in October due to a U.S. budget crisis.

Vice President Joe Biden is to visit China, Japan and South Korea in early December and Secretary of State John Kerry is to return to Asia in a matter of weeks.

“No matter how many hot spots emerge elsewhere, we will continue to deepen our enduring commitment to this critical region,” Rice said in a speech at Georgetown University in Washington.

Rice used much of her speech to focus on China. The aim with Beijing, she said, is to manage “inevitable competition” while building deeper cooperation on issues where the two countries have agreements.

She said the United States will continue insisting on tangible progress by Beijing to improve the atmosphere for bilateral trade. The issues include a market-based exchange rate and increased U.S. access to Chinese markets and bolstering protections of U.S. corporate intellectual property rights.

Cyber-assisted espionage hurts China, Rice said. If actions are not taken to rein it in, she said, “This behavior will undermine the economic relationship that benefits both of our nations.”


Afghanistan-U.S. reach draft security agreement
Reuters / Phuket Gazette
PHUKET: The United States and Afghanistan yesterday reached a draft agreement on a crucial security pact, a day before thousands of Afghan elders are set to debate whether to allow U.S. troops to stay in the country after 2014.

Without the accord, the United States has warned it could withdraw its troops by the end of next year and leave Afghan forces to fight a Taliban-led insurgency without their help.

Thousands of Afghan dignitaries and elders are due to convene in a giant tent in the capital Kabul on Thursday to debate the fate of U.S. fo