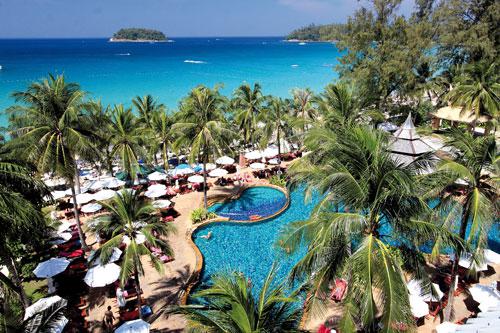 PHUKET: Kata Group Resorts Thailand is to be the host sponsor of the 27th Phuket King’s Cup Regatta, making this the 15th year that the World Luxury Hotel Awards 2013 Nominee has supported the renowned international yachting spectacle.

Kata Beach Resort and Spa, one of six properties owned and managed by Kata Group, is the established home of the Phuket King’s Cup Regatta, serving as race control, media center, party host and venue for the Regatta Award Ceremony.

The group also houses staff of the Phuket King’s Cup Regatta Organizing Committee and its support teams, as well as providing high quality accommodation to sponsor representatives and VIP attendees.

Pamuke Achariyachai, President of Kata Group Resorts Thailand, said, “We are honored to continue to support the Phuket King’s Cup Regatta, one of Asia’s most revered and competitive sailing events. The King’s Cup is a great opportunity for us to achieve worldwide awareness of the Kata Group brand.

“Last year, we also received a prestigious trophy from the Personal Representative of His Majesty the King of Thailand in recognition of our long-standing support of the Phuket King’s Cup Regatta, and we are proud to continue our sponsorship of this magnificent race into 2013 and beyond.”

Kata Group Resorts Thailand has a 32-year reputation for offering high-quality, affordable resort destinations and the world-famous Thai holiday experience within the reach of a broad demographic of customers who love to travel to this beautiful part of Thailand.

“Kata Group has provided consistently excellent accommodation, food, entertainment, management facilities and event support to the King’s Cup for many years, and we are truly appreciative of their devoted and on-going host sponsorship.”

Inaugurated in 1987 to celebrate the 60th birthday of His Majesty the King of Thailand, the Phuket King’s Cup Regatta – Asia’s legendary has been held every year since during the first week of December.