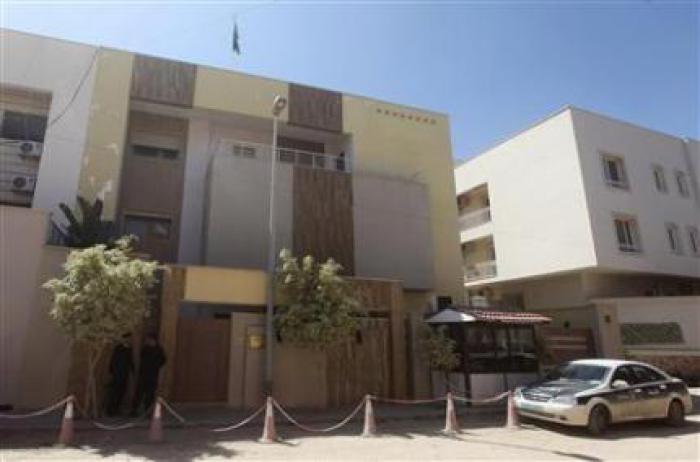 PHUKET: Jordan’s ambassador to Libya was kidnapped on Tuesday by gunmen who demanded an Islamist militant be released from a Jordanian jail in exchange for the diplomat’s freedom.

The masked gunmen shot and wounded the driver of Ambassador Fawaz al-Itan’s car as they snatched the diplomat from a street in the capital Tripoli, Libya’s Foreign Ministry said.

Essam Baitelmel, a member of the Libyan team investigating the abduction, said the kidnappers had demanded the release of Mohamed Dersi, a Libyan Islamist militant jailed for life in 2007 for plotting to blow up the main airport in Jordan.

The kidnappers made their demands in a call to the ambassador’s own cellphone, which was left behind in the car after the abduction, Baitelmel said. They said the diplomat was unharmed.

Jordanian Prime Minister Abdullah Ensour told parliament the government would take “all necessary measures to protect his life and release him.”

But agreeing to the kidnappers’ demand could set a dangerous precedent for Jordan which is one of the United States’ most important allies in the fight against al Qaeda.

“Jordan has currently locked up some of the top global al Qaeda scholars and jihadists like Mohammad al Makdisi and Abu Qatada. A deal over Dersi may encourage other jihadists to follow suit, so, very tricky,” a senior Jordanian intelligence official told Reuters.

Royal Jordanian Airlines suspended flights to Tripoli after the kidnapping.

Kidnappings have become commonplace in Libya, with foreign officials often the targets. Since the start of the year, five Egyptian diplomats, a Tunisian diplomat and a South Korean trade official have been abducted.

The weak interim government has been unable to disarm former rebels and Islamist militants who fought in the uprising that deposed leader Muammar Gaddafi in 2011 and who have formed increasingly powerful and violent militias.

Last week, Libya’s interim prime minister resigned after just one month into the job, saying gunmen had tried to attack his family.

Local officials, policemen and army personnel are also targeted there have been some random acts of violence against ordinary foreigners.

In December, an American teacher was shot dead in Benghazi and, in January, a British man and a New Zealand woman were shot execution-style on a beach in the west and a month later, seven Egyptian Christians were found dead in a similar manner in the east.

Tribal groups, militias and even local citizens resort to road blockades and, more seriously, to shutting down the OPEC member’s vital oil facilities as a negotiating tactic.

Most of the oilfields and some major ports have been completely shut for nine months by groups in the east seeking greater autonomy.