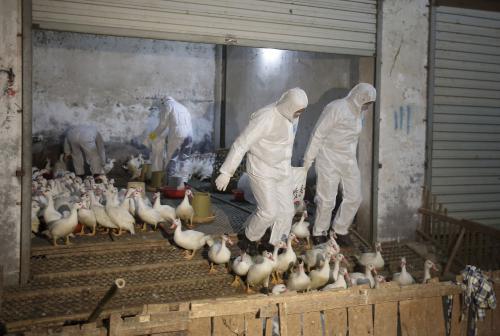 
Hong Kong confirms second death from H7N9 bird flu
Reuters / Phuket Gazette
PHUKET: A 65-year-old man infected with the H7N9 bird flu virus has died in Hong Kong, the government said on Monday, the second such death in the city.

The man, the third person in Hong Kong to be diagnosed with the strain, came from the southern Chinese city of Shenzhen and had eaten poultry there, local media reported.

The H7N9 strain was first reported in humans in February in mainland China, and has infected at least 139 people in China, Taiwan and Hong Kong, killing more than 40. Hong Kong’s previous death from the virus was last month.

Experts say there is no evidence of any easy or sustained human-to-human transmission of H7N9, and so far all people who have been identified as having come into contact with the man have tested negative for the strain, authorities said.