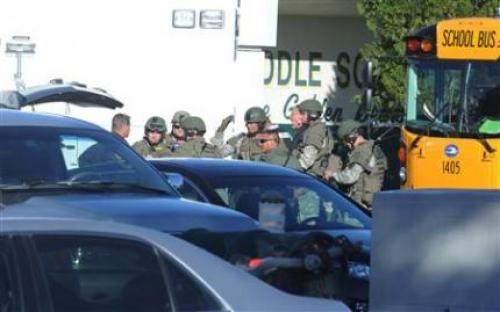 PHUKET: SYDNEY (Reuters) – A long, hot summer looms for Australian Prime Minister Tony Abbott as devastating wildfires near Sydney fuel opposition to his plans to repeal a carbon emissions tax, one of his basic campaign pledges in the election he won a month ago.

The links between the blazes and climate change caused by carbon emissions are complex and as the driest inhabited landmass on earth, deadly wildfires have been a perennial problem for Australia.

But a series of record-busting hot, dry conditions across the continent and an early start to the Southern Hemisphere summer has rekindled arguments on mankind’s impact on climate and what can be done to mitigate it.

Abbott was elected in September on the back of plans to repeal Australia’s scheme to price the carbon emissions responsible for global warming. He has promised to dissolve both the lower house and the Senate if his plan to scrap the scheme is blocked.

But as the fires spread, the pressure is mounting on Abbott, who once described the science around climate change as “absolute crap”.

“Reducing emissions is not a free lunch, but neither is climate change,” said John Conner, the Chief Executive of independent research organisation The Climate Institute. “If we’re serious about reducing the risks of climate change and climate impacts like these bushfires, then we need to have a serious climate policy which is credible.”

More than 200 homes have been destroyed since last Thursday as scores of fires burned through thousands of hectares of bush, farms and rural communities outside Sydney. A state of emergency has been declared in New South Wales (NSW) state, Australia’s most populous.

Forecasts for a return of hot, windy weather later this week has raised fears that three of the most dangerous blazes in the Blue Mountains west of Sydney could join up to form a massive “mega-fire”, according to the New South Wales Rural Fire Service.

The allegations that the agency was collecting tens of thousands of French telephone records risked turning into a diplomatic row just as U.S. Secretary of State John Kerry arrived in Paris for the start of a European tour over Syria.

“I have immediately summoned the U.S. ambassador and he will be received this morning at the Foreign Ministry,” French Foreign Minister Laurent Fabius told reporters on the sidelines of an EU meeting in Luxembourg.

“If an allied country spies on France or spies on other European countries, that’s totally unacceptable,” Valls told Europe 1 radio.

U.S. Ambassador to France Charles Rivkin declined immediate comment on reports that he had been called in by the French foreign ministry but stressed that U.S.-French ties were close.

“This relationship on a military, intelligence, special forces … level is the best it’s been in a generation,” Rivkin told Reuters as Kerry arrived in Paris.

In July, Paris prosecutors opened a preliminary inquiries into the NSA’s programme, known as Prism, after Germany’s Der Spiegel and Britain’s The Guardian revealed wide-scale spying by the agency leaked by former NSA contractor Edward Snowden.

“We were warned in June (about the programme) and we reacted strongly but obviously we need to go further,” Fabius said. “We must quickly assure that these practices aren’t repeated.”

The NSA’s targets appeared to be individuals suspected of links to terrorism, as well as those tied to French business or politics, Le Monde wrote.

PHUKET: A 12-year-old student armed with a semi-automatic handgun shot and killed a math teacher and critically wounded two classmates before killing himself at his Nevada middle school yesterday, law enforcement officials said.

Witnesses described a chaotic scene at the school in the northwestern Nevada town of Sparks, just east of Reno near the California border, after the gunfire erupted outside classrooms as students were arriving for the school day.

“A kid started getting mad and he pulled out a gun and shoots my friend, one of my friends at least,” a seventh-grade student identified as Andrew Thompson told local television station KOLO. “And then he walked up to a teacher and says back up. The teacher started backing up and he pulled the trigger.”

“The teacher was just lying there and he was limp,” he told KOLO. “And me and five other friends went to him and said come on we’ve got to get him to safety. We picked him up, carried him a little bit far and we left him because our vice principal came along and said go, go, go get to safety, get to safety. So we left the teacher there and we went to safety.”

The incident marked the latest in a string of shooting rampages across the United States in recent years, including a shooting last December at a Connecticut elementary school that killed 20 students and six adults and helped reignite a national debate over gun control.

The slain educator at Sparks Middle School was identified by his family as 45-year-old math teacher Michael Landsberry.

Authorities declined to identify the two wounded students, both age 12, who acting Sparks Police Chief Tom Miller said were rushed to a Reno hospital where one had emergency surgery.

One of the boys sustained a gunshot wound to the shoulder and the other was hit in the abdomen, he said, and were listed in stable condition yesterday afternoon.

Family members of Landsberry, a former Marine who was also a member of the Nevada Air National Guard, described him