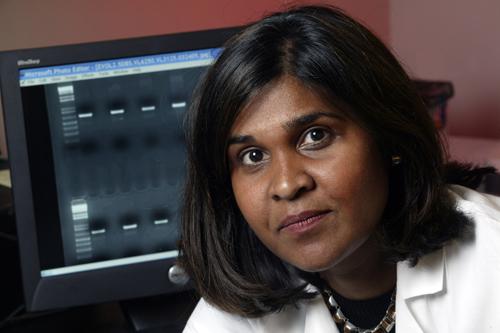 PHUKET: The remarkable case of a baby being cured of HIV infection in the United States using readily available drugs has raised new hope for eradicating the infection in infants worldwide, but scientists say it will take a lot more research and much more sensitive diagnostics before this hope becomes a reality.

In a medical first for an infant, a Mississippi toddler, born with HIV in July 2010, was treated within 30 hours of delivery with aggressive HIV therapy, which continued for 18 months. She is now considered cured of her infection, a team of researchers led by Dr Deborah Persaud, a virologist at Johns Hopkins University in Baltimore, told media at the Conference on Retroviruses and Opportunistic Infections in Atlanta on Sunday.

“From a clinical perspective, this means that if you can get an infected baby on to anti-retroviral drugs immediately after delivery, it’s going to be possible to prevent or reverse the infection – essentially cure the baby,” said Dr Steven Deeks, an HIV/AIDS researcher at the University of California at San Francisco, who is attending the conference where the case was presented to researchers yesterday.

Deeks and others hailed the findings as a great advance in the search for a cure in babies born infected with HIV. But the researchers said they also suggest the need for better ways to diagnose HIV infection, a process that typically takes up to six weeks.

“This could have a profound effect on how we approach babies born to HIV-infected moms,” Deeks said.

Treatment of HIV-infected mothers before delivery is the best way to prevent HIV infection of infants, experts say, but even in resource-rich countries such as the United States, 100 to 200 babies are born each year infected with HIV, the virus that causes AIDS, said Dr Anthony Fauci, director of the National Institute of Allergy and Infectious Diseases, part of the National Institutes of Health.

Worldwide, especially in developing countries, as many as 1,000 babies are born infected every day. For these children, the findings could have a major impact on the “terrible burden of HIV infection throughout the world,” Fauci said.

Michel Sidibé, executive director of the Joint United Nations Program on HIV/AIDS, known as UNAIDS, said the news “gives us great hope that a cure for HIV in children is possible,” but it also underscores the need for research and innovation, “especially in the area of early diagnostics.”

Fauci said the child’s case was an important “proof of concept,” but he cautioned that it was only one case and needs to be further validated.

“The real question is: Will this be broadly applicable to other infants?” he said.

Fauci said there is a risk that without better diagnostics, children who were never infected in the first place could be exposed to toxic drugs with very early treatment.

In the case of the Mississippi girl, Dr Hannah Gay, a pediatric HIV specialist at the University of Mississippi Medical Centre, made the call to treat the child with HIV drugs even before her infection was confirmed because she believed the child was at such great risk of infection. Had she been wrong, the therapy would have been stopped.

“Since the mother had really been at such high risk of transmitting to the baby, they decided to treat on square one,” said Fauci, as opposed to giving the child a lower, preventative dose of drugs until test results confirmed an infection.

“The approach of treating really, really early needs to be pursued,” he said. “When we get better diagnostics where we can tell within the first day or so whether the baby is infected, an approach like this looks like it might be a reasonable thing to pursue with the appropriate clinical trials.”

Fauci said it is not time to change treatment protocols for infants who are born infected. “It’s a single case. We’ve got to be careful about that.”

PHUKET: Two people were killed yesterday when a small business jet struck a house and crashed in a residential area of the French Alps near the Swiss border, local authorities said, but a young girl miraculously survived. The cause of the crash was not immediately known.

The accident happened shortly before 9am local time when the private twin-engine PRM1 corporate jet clipped the roof of a farm house and slammed into the yard of a second house near a small airport in the eastern town of Annemasse in France’s Haute-Savoie region, located about 6 kilometers (3.7 miles) from Geneva.

Police said the aircraft, which was en-route to Geneva, burst into flames upon impact and was completely destroyed. And although suffering serious injuries to the pelvis, a 15-year-old girl who was on board the aircraft miraculously survived it. The pilot, believed to be the girl’s father, and another unidentified man were killed.

All the victims were said to be French citizens.

The exact cause of the accident was not immediately known, but witnesses said the aircraft had already experienced difficulties during takeoff and took a sharp turn to the right moments before clipping the roof of the house. The home suffered serious damage but there were no reports of casualties on the ground.

PHUKET: Queen Elizabeth II was released from a central London hospital yesterday after a nearly 24-hour stay to receive treatment for symptoms of gastroenteritis, the royal palace said. She appeared well and happy as she emerged from the facility.

The queen, who is 86, fell ill on Friday when she began to experience symptoms of gastroenteritis, a relatively minor and common illness which is better known as a stomach bug. The infection is caused by a virus or food poisoning and often causes vomiting, diarrhea and dehydration, but symptoms typically disappear within 12 to 48 hours.

The sudden illness initially forced the queen to cancel a scheduled visit to the coastal city of Swansea in Wales where she was due to celebrate St David’s Day on Saturday. She later canceled all official engagements for the coming week, including a trip to Rome where she was to meet Italian President Giorgio Napolitano.

The queen emerged from King Edward VII’s Hospital in central London yesterday afternoon. Wearing a red dress, she looked well and cheerful as she said goodbye to a member of staff and walked to her limousine.

“The Queen has left the King Edward VII’s Hospital having been admitted briefly as part of the assessment of symptoms of gastroenteritis,” Buckingham Palace said in a brief statement, giving no details about the queen’s treatment or if she was still feeling ill. It was not immediately clear when she will resume her official engagements.

Despite her age, the monarch is believed to be in generally good health and had not been hospitalized for more than a decade. The last time she was hospitalized was in January 2003 when she underwent a minor 45-minute operation to remove a torn cartilage from her right knee.

Elizabeth II is the queen regnant of the United Kingdo