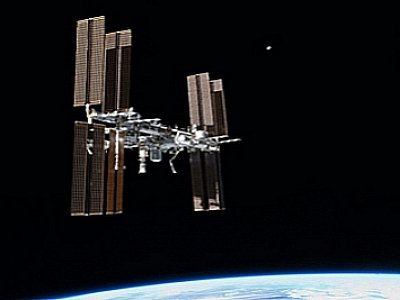 They replace three astronauts who returned to Earth last month.

The Soyuz TMA-04M spacecraft blasted off from the Baikonur Cosmodrome in Kazakhstan at approximately 8:01am Phuket time yesterday, or 10:01pm CDT Monday. The spacecraft is scheduled to dock to the Poisk module of the station at 11:39 p.m. today.

Upon arrival, Acaba, Padalka and Revin will become members of the Expedition 31 crew, restoring the station’s crew complement to six and continuing scientific research aboard the station. They are scheduled to work together for about two months.

Also on board with the crew was a small “Smokey Bear” plush toy serving as the traditional Soyuz “talisman.” Smokey Bear is the U.S. national symbol for wildfire prevention. Acaba said he proposed flying Smokey Bear in an effort to raise awareness for human-caused wildfires.

Late last month, three members of the Expedition 30 crew undocked from the ISS and safely returned to Earth, wrapping up a five-and-a-half-month mission in space. The trio, which arrived at the station on November 16, 2011, spent a total of 165 days in space, 163 of them conducting research on the station.