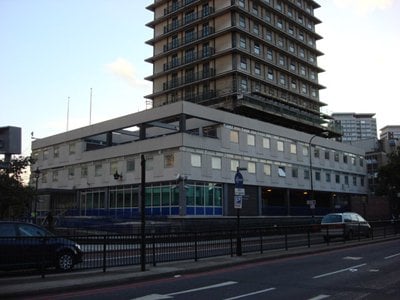 PHUKET: Adam Barker, son of British comedian Ronnie Barker, appeared in a London court yesterday after being on the run for more than eight years, police said. He has been charged with producing child pornography and was remanded in custody while awaiting trial.

Adam Barker, 44, attended a west London police station by appointment yesterday morning and was charged with five counts of making indecent images of children. Two of the charges refer to child pornography in the most serious category, reflecting child pornography showing sadism or penetration of or by an animal.

Barker appeared at Uxbridge Magistrates’ Court in London several hours after being taken into custody. “We are remanding you in custody because there are strong grounds to believe you would fail to surrender and not attend court as required, due to the fact you escaped the jurisdiction in 2004,” Magistrate Joanna Milan said during the court appearance, according to the British tabloid newspaper the Daily Mail.

He will appear in court again on August 21.

Barker, who previously appeared in TV shows such as “Casualty”, “Monarch of the Glen,” and “Wycliffe,” was first arrested on suspicion of possessing child pornography in June 2003 following an investigation into some 7,000 British men who used their credit cards to access child pornography on the internet.

He was bailed to return to a west London police station in June 2004 but failed to appear, reportedly leaving a note telling his parents he would not be able to contact them for a while. Police had previously said they found around 1,200 images of child pornography on Barker’s computer.

It remained unclear yesterday where Barker had spent the eight years on the run, during which time he missed the funerals of both his father and mother. His father, Ronnie Barker, was well known for his roles in various British comedy television series such as “The Frost Report”, “Porridge”, “The Two Ronnies”, and “Open All Hours.”