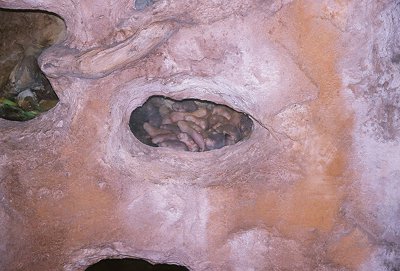 PHUKET: Finding out what causes the extremely long and active lifespan of naked mole rats could lead to longer and healthier lives for humans, American and Israeli researchers said yesterday. A brain-protecting protein is being investigated as key.

Researchers at the Tel Aviv University, the University of Texas and the City College of New York are working to determine whether the naked mole rat’s unusually high levels of NRG-1, a neuro-protecting protein, is behind its three-decade lifespan. This is significantly longer than common rats, which have an average three year span.

Genetic analysis comparing the naked mole rat with several other rodent species has so far shown that these high levels of NRG-1 in adults is directly linked to their longer lifespan. Of all the species the researchers studied, the naked mole rat had the most plentiful and long-lasting supply of the brain-protecting protein, maintaining a consistent level throughout its lifetime. It is concentrated in the cerebellum, the part of the brain important to motor control.

The findings are an important first step toward understanding how aging functions in naked mole rats, and future research, could reveal how NRG-1 helps to maintain neuron integrity. It could also lead to discoveries about human aging as well.

Rodents have an 85 percent genetic similarity to humans.

Professor Rochelle Buffenstein of the University of Texas Health Science Center, and Dr Yael Edrey of the City College of New York, monitored NRG-1 levels in a population of naked mole rats ranging in age from one day to 26 years. They found that the levels of NRG-1, which is essential for normal brain functioning, were sustained. It may explain why the subterranean rodent is able to live such healthy lives, as the protein safeguards the integrity of neurons.

The naked mole rat, a native to East Africa, is known to show little decline due to aging, maintaining high activity, bone health, reproductive capacity, and cognitive ability throughout its lifetime. The rodent lives in colonies much like those of ants and is also known to be resistant to cancer.