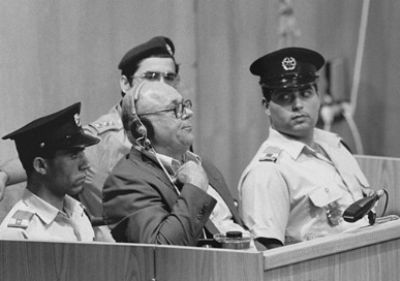 “In the early morning hours, at the age of 91, Mr John Demjanjuk died and was found in the room of his nursing home in Bad Feilnbach,” the spokesman said.

Demjanjuk, originally from the Ukraine, was found guilty at the Munich state court last year for assisting in the murders of thousands of Jews at the Sobibor death camp in Poland in 1943 when the country was occupied by the Nazi regime. He was convicted of 27,900 counts of accessory to murder.

During the trial, Demjanjuk’s defense team argued there was no strong evidence to prove he had worked as one of the SS helpers known as the Trawniki guards. His lawyers claimed that Demjanjuk was just one of many Soviet prisoners who were forced to work for the Nazis during the war.

An SS identity card showing a young Demjanjuk, who was taken as a German prisoner of war in 1942, was the center piece of the trial as prosecutors worked to determine its authenticity.

Following World War II, Demjanjuk immigrated to the United States where he worked as a mechanic until the 1980s when he faced charges at an Israeli court for serving as a guard at the Treblinka death camp. During the trial, he was alleged to have been known as ‘Ivan the Terrible’ and was later found guilty and sentenced to death.

However, in 1993, the sentence was overturned by Israel’s supreme court and Demjanjuk was later extradited to Germany, in May 2009. Demjanjuk’s U.S. citizenship was later revoked due to irregularities in his immigration application.

With several delays due to his ill health, Demjanjuk was finally sentenced to five years in prison after an 18-month trial in Germany, but his jail time served in the U.S., Israel, and Germany was taken into account.

Phuket Gazette: Can there be no good news for journalists in Mexico?