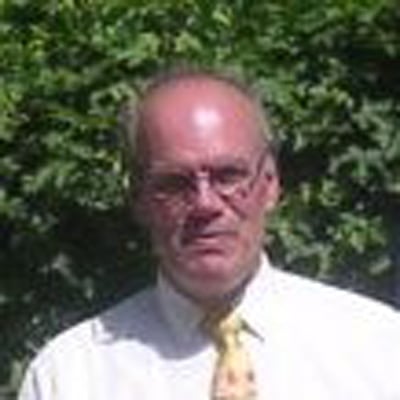 PHUKET: A Dutch civil court yesterday outlawed a controversial association which advocates the acceptance of pedophilia, saying its promotion of sexual relations between adults and children violates the country’s generally accepted values.

The civil court in the northeastern city of Assen said the association has the right to express its opinion, even if unpopular, but that this does not render it immune to banishment since the court found posts on the association’s website which promote sexual contact between adults and children and portrays children as sex objects.

“The court concludes that the expression of opinions which are unwelcome in the eyes of many is in itself not grounds to issue a ban and dissolve Association Martijn,” the court said in its judgment. “The right of association and the right to freedom of expression applies to everyone and thus also to those who have sexual feelings for children.”

Nonetheless, the court believed the activities of the association are contrary to generally accepted foundations of the legal system and is therefore contrary to public order. “The court will on this basis declare Association Martijn banned and dissolve it,” the ruling said, adding that the group would be dissolved with immediate effect.

Martijn said it plans to appeal the ruling.

“The Association Martijn used multiple platforms to express its beliefs, including a website with material promoting and explicitly describing sex with children,” the prosecutor’s office said in a statement following the ruling.

“In addition, the association existed [as part of] a digital and social network for like-minded people and those convicted of sex crimes. This formed an (in)direct threat to children which could lead to major damage to a child’s physical and mental health,” the statement added.

Association Martijn, which was founded in 1982 and is currently led by Martijn Uittenbogaard, provided a platform about pedophilia and called for the legal and societal acceptance of sexual relationships between adults and children. The age of consent in the Netherlands is 16, but the group wanted to see this lowered to 12.

In June 2011, an investigation by Dutch prosecutors concluded that it was unable to outlaw the association because it was acting legally, even though crimes have been linked to Martijn. “From the investigation it has been determined that even though (ex)-members of Martijn are frequently suspected, if not convicted, of possessing child pornography, the actual criminal acts take place outside of the association,” the prosecutor’s office said in a statement last year.

The office said it had been unable to find evidence of illegal acts being carried out through the website, and it notes that the association’s statutes explicitly say it strives to act “within the limits of Dutch law.” Crimes committed by both former and current association leaders could also not be linked to Martijn as these were committed outside of the association’s work.

The investigation was in part launched after 27-year-old Robert Mikelsons sexually abused at least 87 children while being employed at two Amsterdam nurseries between February 2007 and January 2010. He also offered his services through several websites, and his 37-year-old husband was found to be a former member of Martijn. This led to increasing calls for the association to be banned.

The association’s former chairman, 67-year-old Ad van den Berg, was arrested last year for possessing a large quantity of child pornography and was later sentenced to 3 years in prison, of which six months were suspended sentence. Prosecutors said he was in possession of 150,000 photos and 7,500 movies which were described as child pornography, but Van den Berg claimed they were for scientific research.

Van den Berg is also known for founding a political party known as the Party for Neighborly Love, Freedom, and Diversity (PVND) in May 2006. The party called for the legalization of child pornography and to abolish the age of consent, but was dissolved in 2010 after it failed to get on the ballot due to a lack of required signatures. PVND argued that its supporters were afraid to sign because their identities would be known.

It is believed Martijn was the world’s only legally recognized association advocating the acceptance of pedophilia, although similar associations have existed in other countries in the past.