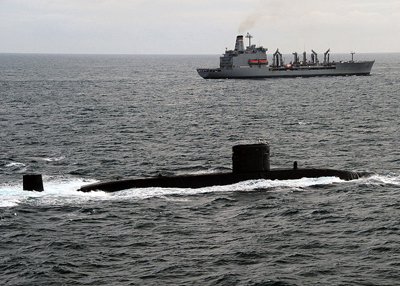 PHUKET (News Wires): A British Royal Navy submariner was arrested in southwestern England earlier this week and is being accused of leaking classified information, police said on Thursday. He has been charged with breaching the Official Secrets Act 1911.

A Scotland Yard spokesperson said Edward Devenney, 29, was arrested at about 8am local time on Tuesday at a base in Plymouth, a city on the south coast of Devon. He was taken to a local police station and, after a number of searches were carried out, charged late on Wednesday.

According to police, on January 28 Devenney communicated information to another person “which is calculated to be or might be or is intended to be directly or indirectly useful to the enemy.” Other details were not immediately released, and Devenney was scheduled to appear at Westminster Magistrates’ Court late yesterday.

A profile on Twitter claiming to be Devenney’s was deleted after the arrest and charges were announced. In a tweet on January 27, Devenney apparently wrote: “Bomb Iran? Am not bothered, but I’ll probably be in the Submarine that fires the missiles!”

Officials did not say whether the charges are related to the tweet.