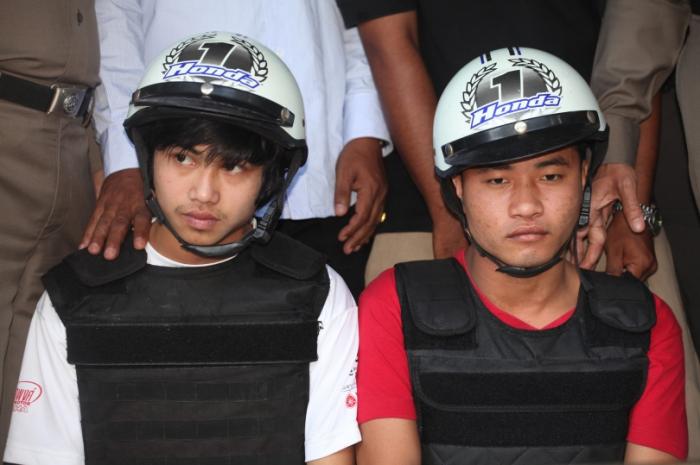 PHUKET: A Thai court sentenced two Myanmar migrant workers to death on Thursday after convicting them of the 2014 murders of two young British tourists on a holiday island in a case mired in controversy and a dispute over DNA testing.

The battered bodies of backpackers Hannah Witheridge and David Miller were found on a beach on the island of Koh Tao in September 2014. Police said Witheridge, 23, had been raped and bludgeoned to death. Miller, 24, also suffered blows to his head.

Following weeks of pressure to solve the case, police arrested Myanmar migrant workers Zaw Lin and Win Zaw Tun and later said the two had confessed to the crimes.

The brutality of the murders dented Thailand’s image as a happy-go-lucky holiday paradise and raised serious questions about its treatment of migrant workers.

The verdict and sentence follow an investigation and trial that triggered allegations of police incompetence, mishandling of evidence and DNA tests and torture of the suspects. Both later retracted their confessions saying they had been made under duress.

The verdicts came after 21 days of witness hearings in a trial that began in July and ended in October.

As is customary in Thailand, where trials have no jury, a judge delivered the verdict and sentence and said the DNA tests by investigators were carried out to acceptable standards and the DNA found on Witheridge matched that of the defendants.

The debate over DNA samples that police say linked the two suspects to Witheridge were at the heart of the trial. Defense lawyers had asked to retest DNA samples but authorities issued conflicting statements on DNA evidence and, at one point, said that it had been used up.

No independent re-testing of DNA evidence has been done.

The judge said there was no weight to the two men’s claims that they had been tortured.

Miller’s family flew to Thailand for the verdict. His brother, Michael, delivered a statement to reporters outside the court and said justice had been delivered, adding that the two men had shown no remorse for what they had done.

“We believe what happened today represents justice for Hannah and David,” said Miller. “The Royal Thai Police conducted a thorough and methodical investigation … evidence against the two was overwhelming.”

Witheridge’s family said the trial had been distressing.

“We found listening to proceedings very challenging and we have had to endure a lot of painful and confusing information,” the family said in a statement.

“We now need time, as a family, to digest the outcome of the trial and figure out the most appropriate way to tell our story.”

The mother of one of the defendants broke down in tears as the judge passed sentence in the court on Samui island, close to Koh Tao.

Defense lawyer Nakhon Chompuchat told reporters that the defendants would file an appeal within a month.

Andy Hall, a Thailand-based activist for the rights of migrant workers, said the defense team was surprised by the sentence and that volunteers would continue to provide humanitarian assistance to the two men.

Police were widely accused of bungling the investigation, including failing to close off the island quickly and allowing potential suspects to escape.