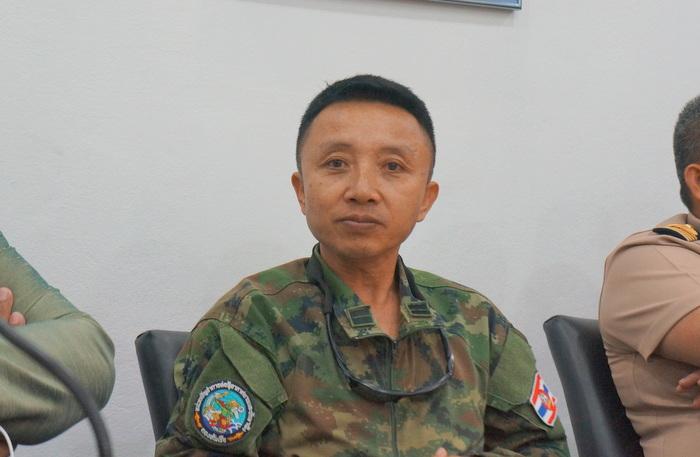 PHUKET: Lt Somphop Kamkana of the Royal Thai Navy Third Area Command confirmed that the Army colonel who was recorded allegedly threatening him earlier this month (story here) has been transferred to Bangkok.

Lt Somphop was one of the Navy officers that aided in a raid that saw more than 40 suspects apprehended in Chalong on December 6 (story here).

“After transferring the suspects to the Chalong Police Station, one of them said that someone wanted to talk to me on the phone,” Lt Somphop said. “The caller introduced himself as an Army officer and proceeded to tell me that the Navy had no right to execute such raids and threatened to have me transferred if I didn’t let the suspects go.”

Lt Somphop declined to name the officer, but referred to him by his nickname, ‘Col Phaek’.

“I learned last week that Col Phaek was transferred from the Internal Security Operations Command Region 4 [ISOC4] back to the Office of the Army Secretary in Bangkok, where he was originally from,” Lt Somphop said.

Meanwhile, Deputy Secretary General Jatuporn Klampasut of ISOC4 claimed that he was not aware of the issue, as it is not uncommon for officers to transferred back to their original post.

“Speaking from a neutral standpoint, the Navy had every legal right to raid the casino. Army officers should never threaten the Navy,” said Col Jatuporn. “I think the military commander will bring justice to the case.”