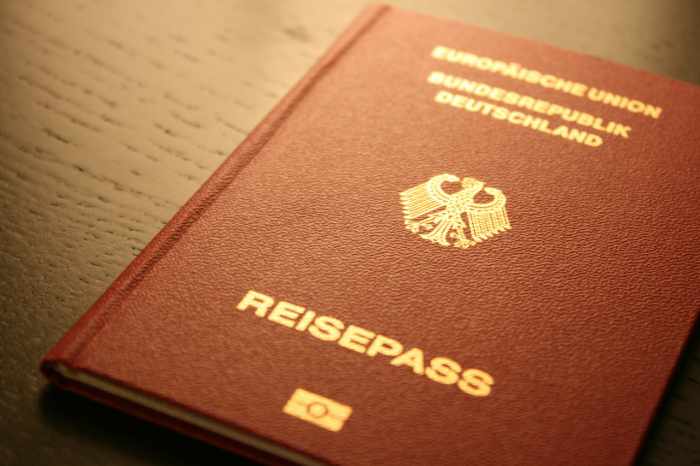 PHUKET: Germany’s lower house of parliament passed new citizenship laws on Thursday, relaxing some of the strictest rules in Europe to allow young Germans of foreign origin to hold two passports – a move that benefits the large Turkish community.

Until now, children of immigrants from most non-EU countries have had to choose at the age of 23 between German citizenship or that of their parents’ country of origin.

The dual passport prohibition has long rankled among the roughly three million people of Turkish origin living in Germany, just under half of whom have taken German citizenship.

Young people can now have two passports if, at the age of 21, they can prove they have lived in Germany for at least eight years or have gone to school in the country for six years and gained school-leaving qualifications.

Turkish community leaders have criticised the new law because it applies only to youngsters and does not cover older people, many of whom have spent decades in Germany.

Dual citizenship was a pet project of the centre-left Social Democrats (SPD) who share power with Angela Merkel’s conservatives.

The conservatives had long opposed dual citizenship, arguing it was impossible to be loyal to two countries at the same time.