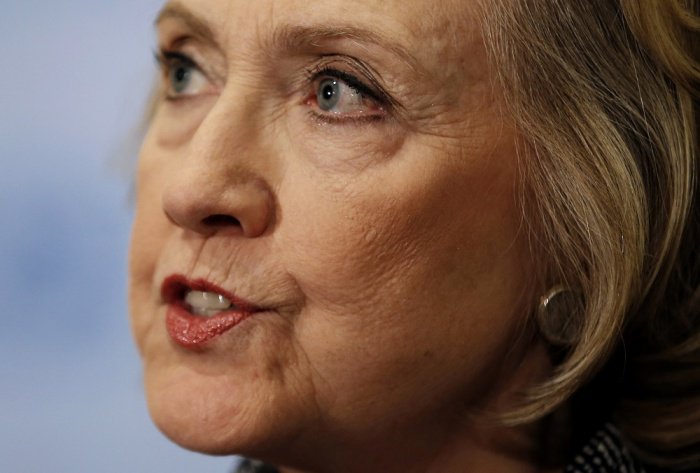 PHUKET: In 2008, Hillary Clinton promised Barack Obama, the president-elect, there would be no mystery about who was giving money to her family’s globe-circling charities. She made a pledge to publish all the donors on an annual basis to ease concerns that as secretary of state she could be vulnerable to accusations of foreign influence.

At the outset, the Clinton Foundation did indeed publish what they said was a complete list of the names of more than 200,000 donors and has continued to update it. But in a breach of the pledge, the charity’s flagship health program, which spends more than all of the other foundation initiatives put together, stopped making the annual disclosure in 2010, Reuters has found.

In response to questions from Reuters, officials at the Clinton Health Access Initiative (CHAI) and the foundation confirmed no complete list of donors to the Clintons’ charities has been published since 2010. CHAI was spun off as a separate legal entity that year, but the officials acknowledged it still remains subject to the same disclosure agreement as the foundation.

The finding could renew scrutiny of Clinton’s promises of transparency as she prepares to launch her widely expected bid for the White House in the coming weeks. Political opponents and transparency groups have criticized her in recent weeks for her decision first to use a private email address while she was secretary of state and then to delete thousands of emails she labeled private.

CHAI, which is best known for helping to reduce the cost of drugs for people with HIV in the developing world, published a partial donor list for the first time only this year.

CHAI should have published the names during 2010-2013, when Clinton was in office, CHAI spokeswoman Maura Daley acknowledged this week. “Not doing so was an oversight which we made up for this year,” she told Reuters in an email when asked why it had not published any donor lists until a few weeks ago.

A spokesman for Hillary Clinton declined to comment. Former President Bill Clinton, who also signed on to the agreement with the Obama administration, was traveling and could not be reached for comment, his spokesman said.

The Reuters inquiries also raised questions about a second assurance Hillary Clinton made to the Obama administration: that the State Department would be able to review any new or increased contributions to CHAI by foreign governments while she served as the nation’s top diplomat. The Clintons said the pledge was intended to defuse accusations that foreign governments might use such donations to earn favors.

By the time Clinton left office in February 2013, the charity had received millions of dollars (Graphic: reut.rs/1Lvua8z) in new or increased payments from at least seven foreign governments. Five of the governments came on board during her tenure as secretary of state while two doubled or tripled their support in that time, according to data provided by CHAI spokeswoman Daley.

One instance was an admitted oversight, Daley said: CHAI should have told the State Department before accepting donations totaling $340,000 from Switzerland’s Agency for Development and Cooperation in 2011 and 2012. However, it did not believe U.S. authorities needed to review the other six governments, including Britain and Australia, she said, citing various reasons.

Hillary Clinton told the Senate during her confirmation hearing in January, 2009, that the disclosures she and her husband agreed to were “very unprecedented.”

At that time, she did not dispute the Senate Foreign Relations Committee’s concerns that utter transparency was necessary to protect the integrity of the United States’ diplomacy and foreign policy.

Since it was published in 2008, the foundation’s online donor list has been updated annually, naming everyone from individuals giving a few dollars to governments awarding eight-figure grants, the foundation said. It has been pored over by interest groups, the Clintons’ political opponents, and the media.

The foundation list has not included those who donated just to CHAI since the initiative was spun off in 2010, foundation spokesman Craig Minassian said. Minassian said the foundation believed CHAI continued to be bound by the agreement with the Obama administration.

He did not elaborate on why CHAI did not honor it and referred inquiries to Daley.

In the donor list that CHAI published this year, for the first time since its spin-off from the Clinton Foundation, not all donors were identified. Many were grouped together as “Individual Donations”, which cumulatively came to less than $1 million. Those donations were small and so “did not warrant posting,” said Daley.

In 2008, the Clintons agreed that existing government contributors that wanted to “materially increase” their commitments during Hillary Clinton’s tenure would be reviewed by State. Australia almost doubled its support between 2009-2012, to $12.2 million, while the United Kingdom nearly tripled its support, to $11.2 million.

CHAI did not report these increases to the State Department because the new money was for “expansions of existing programs,” Daley said.

Daley also provided a number of explanations for why other governments that appeared on a donor list provided to Reuters did not need to be reviewed by the State Department. Swaziland and Papua New Guinea, which gave small grants for AIDS programs, were not submitted for review because the money they gave originated from other sources, including existing donor Australia and the Global Fund to Fight AIDS, Tuberculosis and Malaria, she said.

In the case of Sweden, its International Development Cooperation Agency has given CHAI $7.2 million since 2012 to train health workers in Zambia, but nothing in at least the previous three years. This did not need State review because Sweden had given to the foundation prior to 2009, Daley said.

Rwanda, which CHAI listed as a donor, gave the charity $200,000 in 2012. CHAI considered this a fee for medical work it did in the country, not a grant or donation, and so did not tell the State Department about it, Daley said.

Money from all of these governments amounted to about 1 percent of CHAI’s total budget, she said.

The White House declined to answer questions about whether the Obama administration was aware of CHAI not disclosing its donors or submitting new donations from foreign governments. White House spokeswoman Jennifer Friedman noted, however, that the agreement the Clintons entered into “went above and beyond standard ethics requirements.”