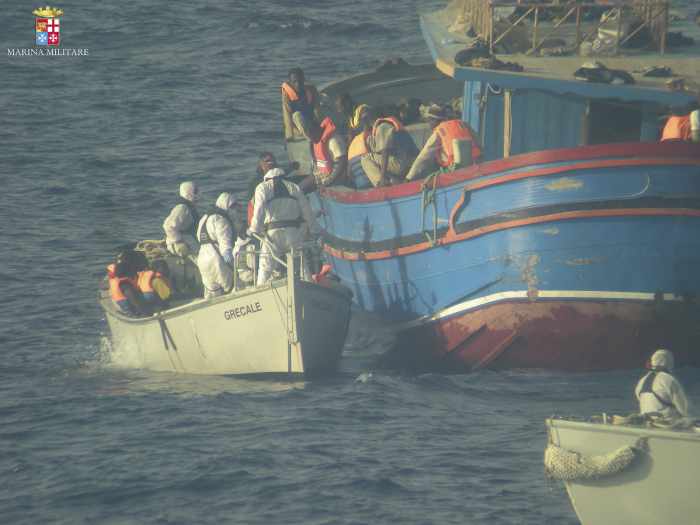 PHUKET: Around 30 migrants were found dead on a boat packed with people off the coast of Sicily, said Italy’s navy which rescued thousands more trying to leave North Africa over the weekend.

The dead are thought to have either drowned or suffocated on the overcrowded vessel, said the force.

At least 50,000 migrants have reached Italy from North Africa so far this year, many fleeing war and forced conscription, say authorities.

At that rate, the figures should soon pass the record of 62,000 people stopped on the sea route in 2011 in the aftermath of the “Arab Spring” uprisings across North Africa and the Middle East.

The navy said it rescued 5,000 people over the weekend.

Ten people drowned after their overcrowded boat sank off the Libyan coast two weeks ago, adding to a death toll which has steadily climbed since hundreds died in two disasters last year, prompting Italy to set up the naval rescue mission “Mare Nostrum” or “Our Sea”.