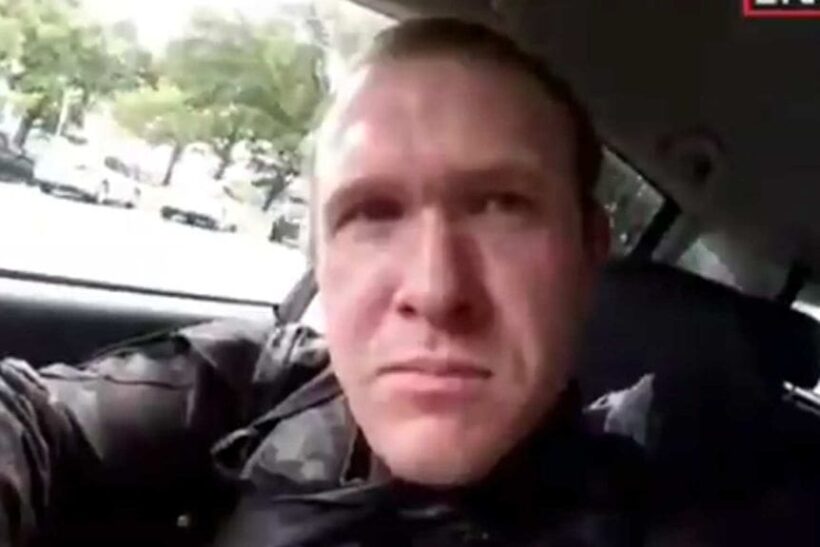 The death toll from todays massacre at two mosques in Christchurch in New Zealand’s South Island, is now 49 with 20+ injured, some critically.

The gunman in the Christchurch mosque shooting livestreamed the incident for 17 minutes on Facebook.

The shooter identified himself as “Brenton Tarrant”, a caucasian, 28 year old Australias, the NZ Herald reported. The livestream began as the gunman drove to the Al Noor Mosque in Deans Ave, and parked his car in a nearby driveway.

According to NZ Herald, the beige stationwagon contained a cache of weapons and ammunition in the front passenger seat and boot, along with petrol cannisters.

The gunman was armed with at least one semi-automatic firearm and multiple ammunition clips. Messages in white writing were scrawled on the gun and ammunition.

Witnesses say, once inside, he began shooting indiscriminately. A second victim tried to crawl for their life in the main hallway but was shot several more times.

People cowered in corners of a room and were all shot as the gunman blocked the hallway, cutting off anyone’s attempt to escape.

The gunman stalked the mosque rooms firing repeatedly, stopping several times to re-load, according to the NZ Herald.

The man then exited the mosque through the front door after just under three minutes inside and headed into the street, firing random shots as cars drove past.

He returned to a beige Subaru stationwagon parked in a nearby driveway to get more ammunition from the boot.

He fired more shots on the street at no apparent target.

“Looks like we won’t get the bird today boys,” he screamed.

He then re-entered the mosque to check for survivors – and began firing again into the people lying motionless.

The 17 minute video ends as the gunman drives away from the scene at speed.

In a lengthy manifesto published online the suspected shooter outlined who he was and why he carried out the massacre at the Christchurch mosque.

Brenton Tarrant has been arrested and formally charged with mass murder.

UPDATE: Christchurch massacre – The mind of an alleged mass murderer