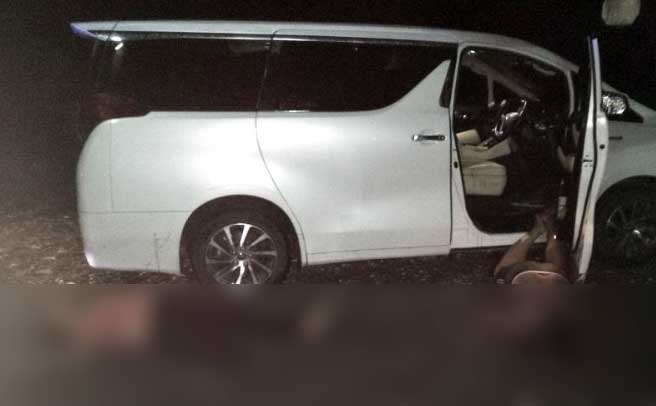 Two people are dead after a Thai man shot his son-in-law and then his daughter after an argument at a party in Lopburi, 150 kilometres north-east of Bangkok.

The man was reportedly released from jail just 12 months ago after serving time for another murder.

Police arrived at the scene and found the two victims dead next to a Toyota van at the the son-in-law’s house. 44 year old Thinkorn Cheuawong was lying next to the van dressed only in brown shorts, according to the story in ‘Daily News’.

His wife, the alleged shooter’s daughter, 38 year old Jeeranan Dee-em was lying nearby and had been shot in the left side of her chest.

Police have been told that the alleged shooter, Sanan Dee-em, had been arguing over land with his son-in-law at the party. According to witnesses Khun Thinkorn was leaving the party but that Khun Sanan followed him and shot him in the head as he was getting in his van. Police found two 11mm bullet casings at the scene.

Police say that his daughter was filming the incident on her phone when she was shot.

Police are still searching for the alleged shooter.