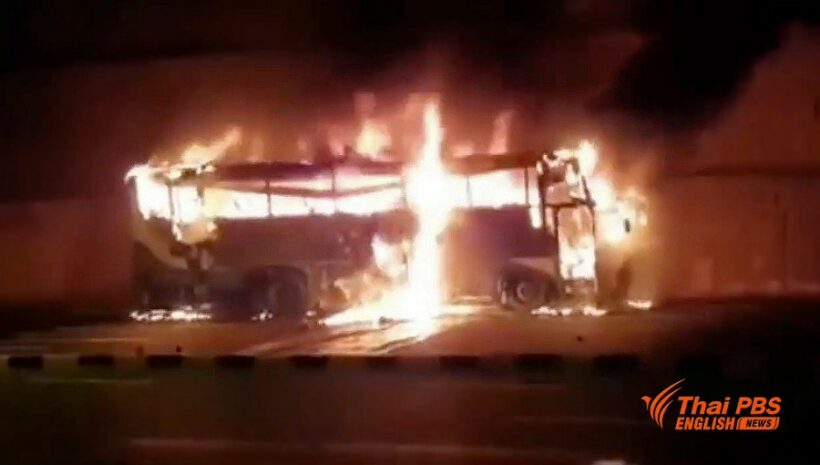 The badly-burned bodies of 20 Burmese workers killed in a bus fire in Tak’s Muang district early on Friday will be sent about 150 kilometres to two hospitals in Phitsanulok for identification.

The bodies were initially sent to the Tak provincial hospital. Due to a lack of equipment required for the disaster victim identification process, that hospital announced that the bodies would be forwarded at noon on Friday to the Buddhachinaraj Hospital and the Naresuan Hospital.

The Tak governor and Tak police chief will coordinate with government agencies to help relatives enter Thailand to retrieve the bodies of the 20 workers.

Tak Governor Charoenrit Sa-nguansat and Tak police chief Pol Maj-General Parinya Wisitphakul surveyed the accident scene shortly after the tragic incident. They said they would coordinate with government agencies concerned to make it easy for the relatives to retrieve the bodies. The bodies need to first be identified after being burned beyond recognition.

Rescuers said the bodies were found piled up on one another near the exit doors.

Your Say – Closure of Maya Bay during the monsoon 2018