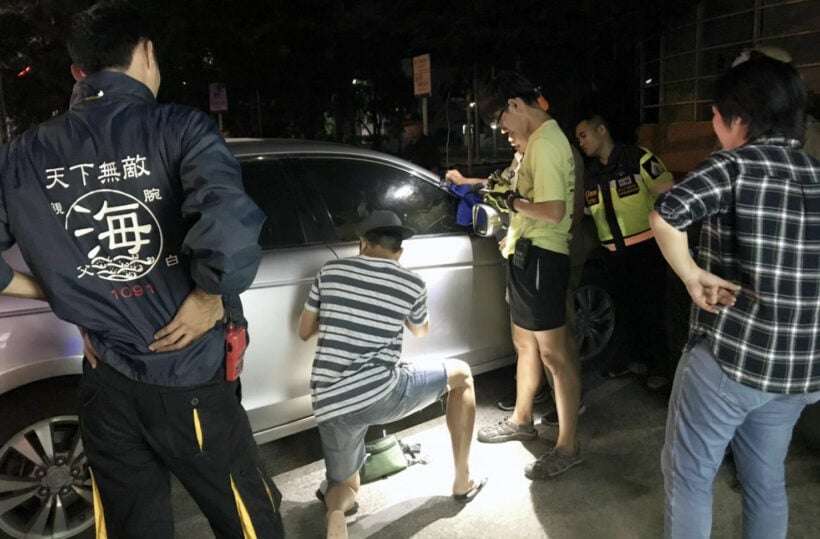 Pattaya police got a report that a child was stuck in a car in front of a shopping mall. When they rushed to the scene a volunteer rescue team, they found a crowd surrounding a car, trying to wake up a sleeping four year old boy. The boy’s mother was there and was in fact the one to call for help. The team called a locksmith, who picked the lock and rescued the boy.

The boy’s 40 year old mother says she drove to the mall and when she parked, she saw her son was sleeping and didn’t want to disturb him. So she left the key in the lock and the engine running, and was only away for 15 minutes. But when she returned she couldn’t get into the car and quickly called police.

She said she thought it would be fine to let her boy sleep because “he was tired after school and since the engine was still on, and the air-conditioning,” she didn’t think there would be any problem.

She says she’s learned her lesson.