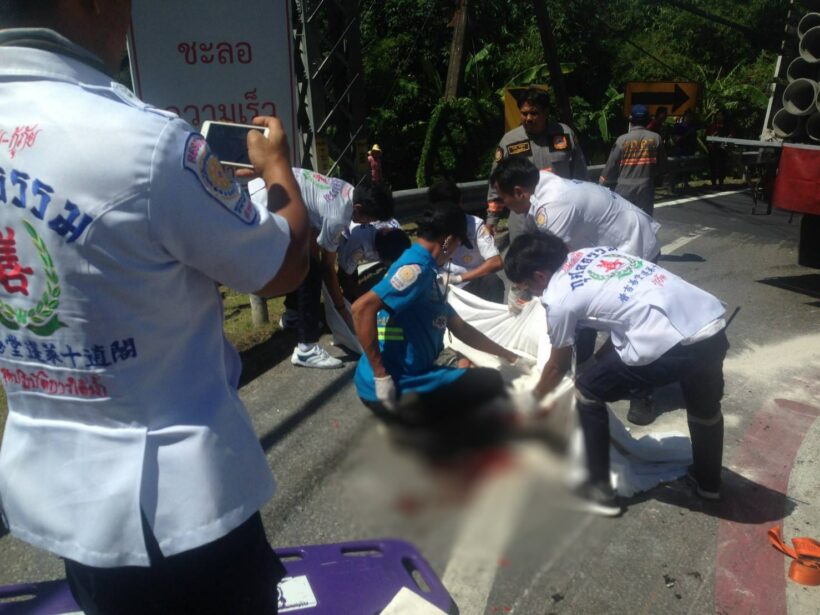 Accident on Patong Hill killing one this morning

At about 2 am this morning (November 13), Kathu police got a report of a pick-up truck that had an accident hitting an electric pole killing the 35 year old driver, Wittaya Chanadet, while the passenger suffered from injuries and was taken to Hospital. The passenger was not named.

Police revealed that the incident happened in front of Dao Duan Restaurant on Wichitsongkram Road in Kathu.

And an accident on Patong Hill mid-morning, going up Patong Hill from Kathu. A truck smashed into a motorbike killing the male driver – his passenger was injured. 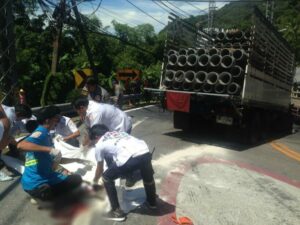 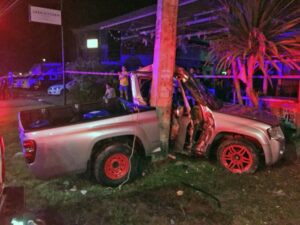 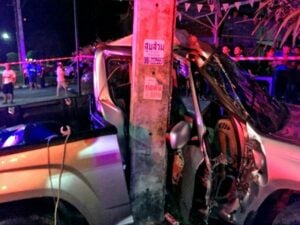