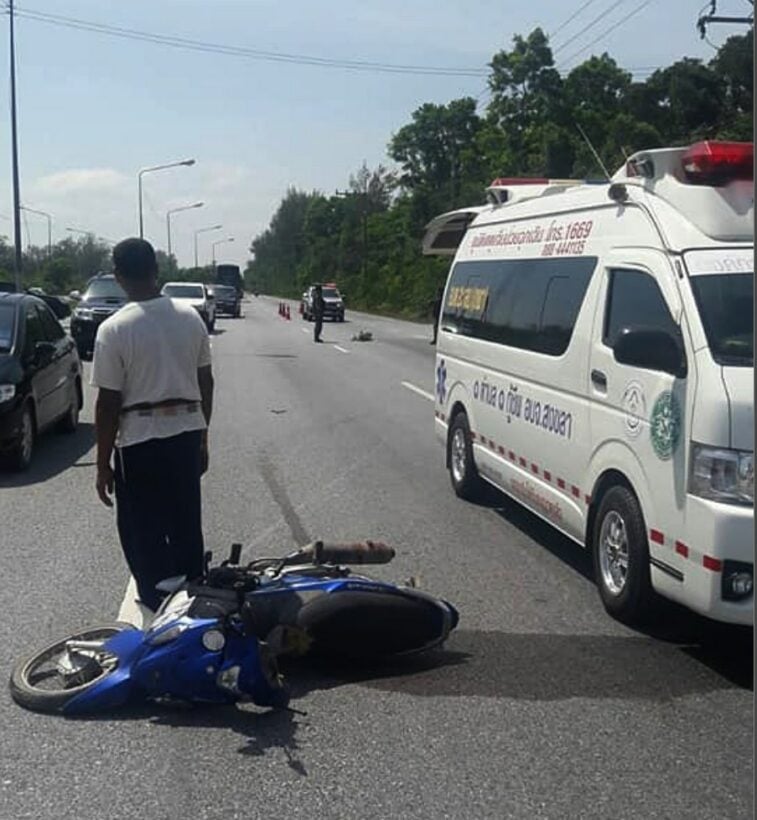 Two have been killed and another five seriously injured after a pickup truck crashed into a motorcycle with a sidecar and turned over in Songkhla province yesterday (April 22).

Quoting eyewitness accounts, Singha Nakhon district police said that the sidecar was carrying five people from the same family, including the driver, when it tried to make a U-turn to the other side of the Songkhla-Ranot road. A pickup truck, which was following the side car close behind, failed to stop and slammed into it.

The force of the impact threw all five family members out of the sidecar onto the road. Two people in the sidecar, 21 year old Atthapol Tohmud and 10 year old Thirapong Poodpong died at the scene.

The pickup truck turned over before it smashed into a power pole which collapsed. The couple in the vehicle, Kamsing Tapsong and his wife, Mrs Prathum, sustained serious injuries.

All the injured and the dead victims were rushed to Singha Nakorn district hospital.

Thais likely to pay more for health under new reforms