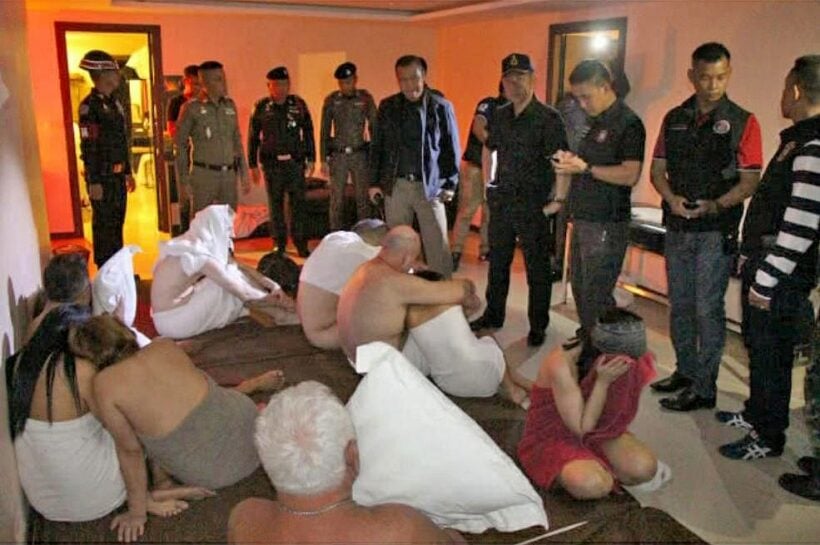 Authorities raided a swingers party in Pattaya over the weekend. The party was held in a hotel in Chon Buri’s Bang Lamung district.

When officials raided the hotel late on Saturday night, they found many foreigners openly engaging in ‘swinging’ and group sex. There were 14 couples who came from many countries including the United States, Canada, China, Malaysia, Singapore, Germany, Cambodia, India and Ukraine.

Also found at the venue were used condoms, sexual-arousal drugs and sex toys.

“We received complaints that the hotel had allocated one of its areas for the sex party. The operation woos customers via a website. Participants must be a couple and pay 1,500 baht per head per night,” Bang Lamung district chief Naris Niramaiwong said.

A 53 year old Chinese man has identified himself as the hotel owner. However, authorities found that his hotel operated without a proper licence. The Chinese man has been charged with operating an unlicensed hotel and also for procuring people for indecent acts. His hotel staff also face charges of being accomplices to the offences.