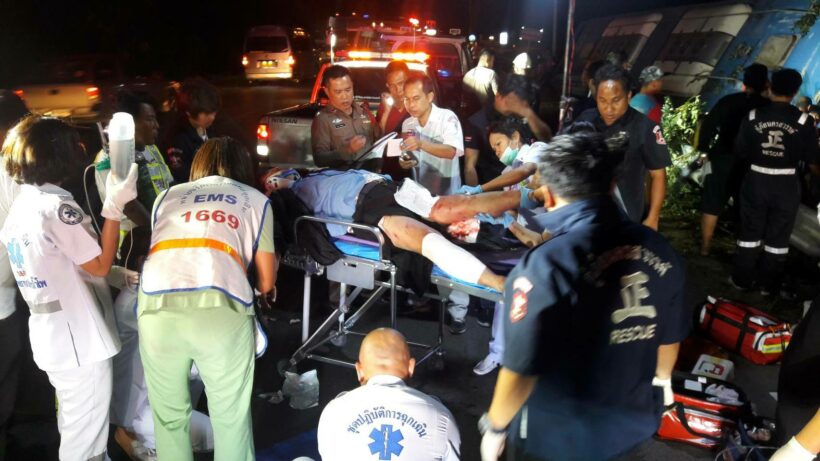 Two passengers have been killed and an estimated 30 have been injured. Five are reported to be in serious condition. The tour bus from Mae Sot heading for for Bangkok skidded off the road and plunged into a roadside ditch in Nakhon Sawan early yesterday (Friday).

Rescue workers pulled all the injured the injured passengers out and ferried them to Sawan Pracharak Hospital. Five of them are in serious conditions.

The bus belongs to Cherdchai Tour Company which operates bus services between Bangkok and Mae Sot. The accident took place on Highway 1 in Tambon Nong Krod just after midnight.

The injured driver claims that a motorcycle cut in front of the bus, forcing him to take evasive action to avoid hitting the bike, but the bus skidded out of the road and ended up in the roadside ditch, turning on its side.

The driver will be questioned further by police.