Patong police have been notified of a fire in a Soi near the Siam Commercial Bank (SCB) on Rat-U-Thit 200 Pi Road in Patong early today (May 31) at 05.20am.

Firefighters and fire engines arrived to find a two storey old timber and concrete house ablaze. It took about 20 minutes to extinguish the fire. Fabric, a laptop and some stationary were damaged in the fire.

No injuries were reported. It is believed that the fire was probably caused by an electric short circuit.

18 year old Pattraluck Nantarat told police, “I have been living in the house with my 17 year old brother. My cat was disturbing me while I was sleeping and trying to wake me up. Something smelled like it was burning and I heard strange noises. So I got up to investigate.”

“Then I discovered that a fire had started at the back of the house in a cloth storage room on the second floor.”

“There’s no doubt that the cat probably saved us from being caught up in the blaze.” 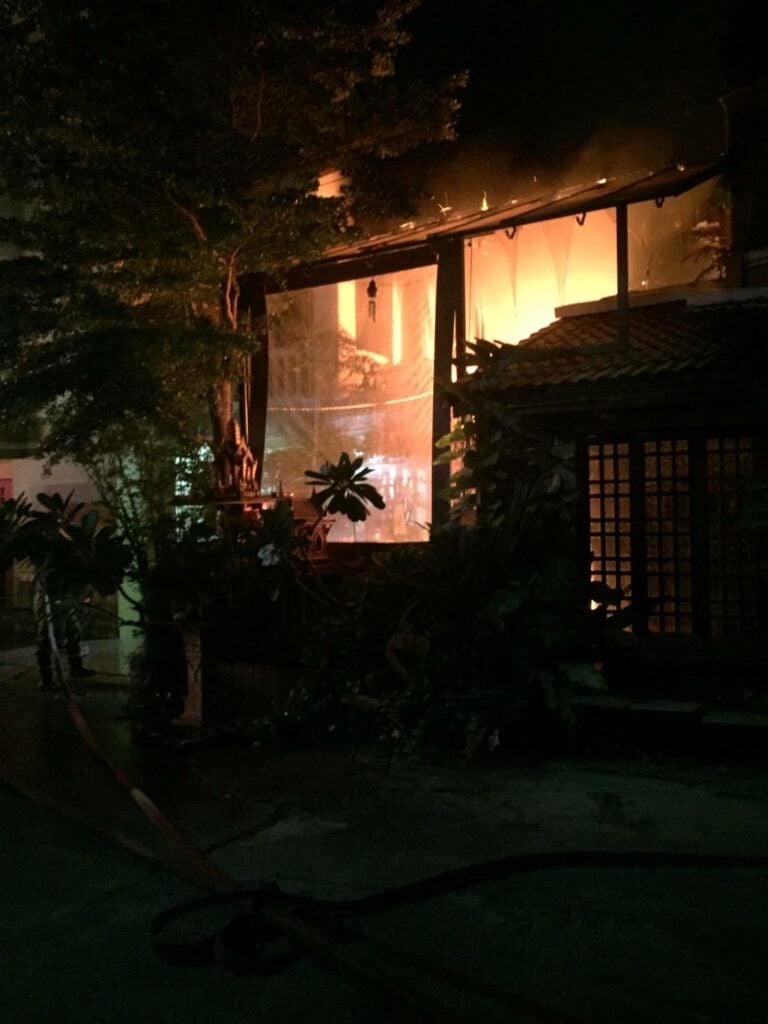 Some monkeys will be moved, most will be sterilised – Phuket