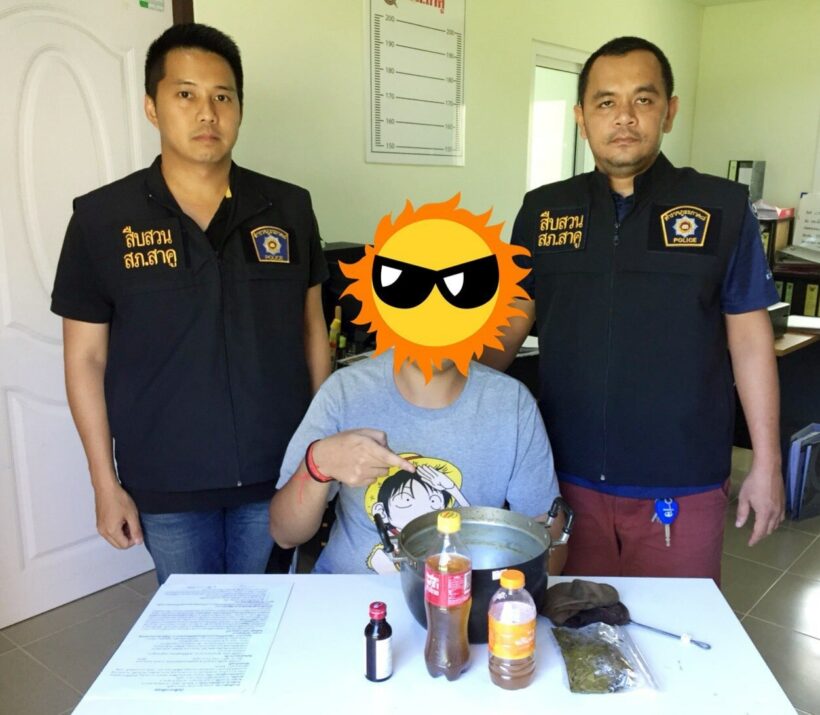 Over the past few days a team of Sakoo Police led by Lt Col Urampohn Kundetsamrit have arrested 17 year old ‘Oat’ and 18 year old Permsak Somsakfrom, both from Phuket.

He was taken to Sakoo Police Station to face charge with illegal possession of Category 5 drugs.

Another arrest was 18 year old Permsak Somsak from Phuket. He was found with a handmade handgun, seven bullets and 1.3 grams of marijuana.