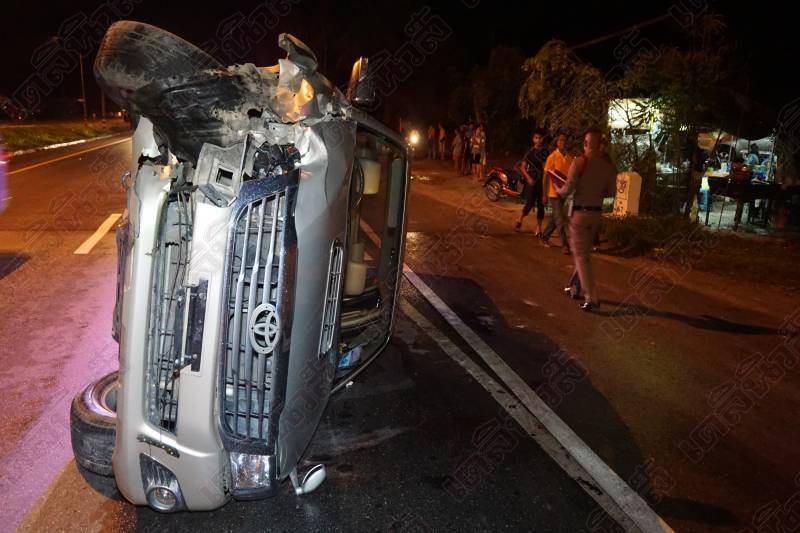 Police were called to the scene of an accident on the Asia Highway in Lang Suan, Chumpon on Saturday night. They found 22 year old Kampanat Pin-Ek dead in the central reservation.

Nearby was his Honda Click motorcycle. He had been dragged 50 meters under the front wheel of a Bangkok registered Vigo pick up driven by 30 year old Chutimaporn Rort-una.

The pick-up was on its side with a front wheel buckled.

Daily News is reporting that the driver of a pick-up was in a noodle restaurant, shocked and in tears at what she had done. She was being comforted by a friend when the police arrived to question her.

Witnesses said that she went through a red light at speed.

A friend of the victim said that he was a good guy with everything to live for – he worked in a fried chicken outlet at a large store and looked after his mother and father.

Two arrested with drugs and guns