Phuket authorities inspected the ‘Kanom’ bar in Phuket Town at 9.30 pm last night, after receiving a report about obscene behaviour at the premises.

The promotion flyer of the bar has been shared among locals stating ‘On February 10, Towel Party at Kanom. Free Booze, Free Food all night long with pretty girls, coyotes and sexy show’.

The team found 5-6 girls wearing only towels in front of the bar. Inside, there was no customer present at that moment, only a few girls wearing towels. There was no sexy or coyote show neither. The officials checked the staff ID cards and the license of the bar, which shows that it could only open until midnight. The official could only warn the business owner not to let the staff dress this way and not to open later than midnight.

Phuket Provincial Chief of Administration and Justice Enhancement Group, Siwat Rawangkul, said that the bar hasn’t done anything illegal as per the inspection as there was no service or show during the visit, only the girls wearing the same way as announced in the flyer. 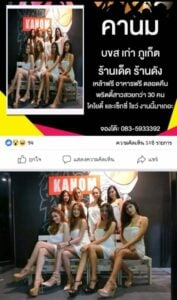 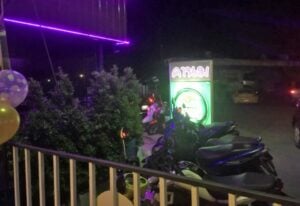 The man who uncovered the watch scandal