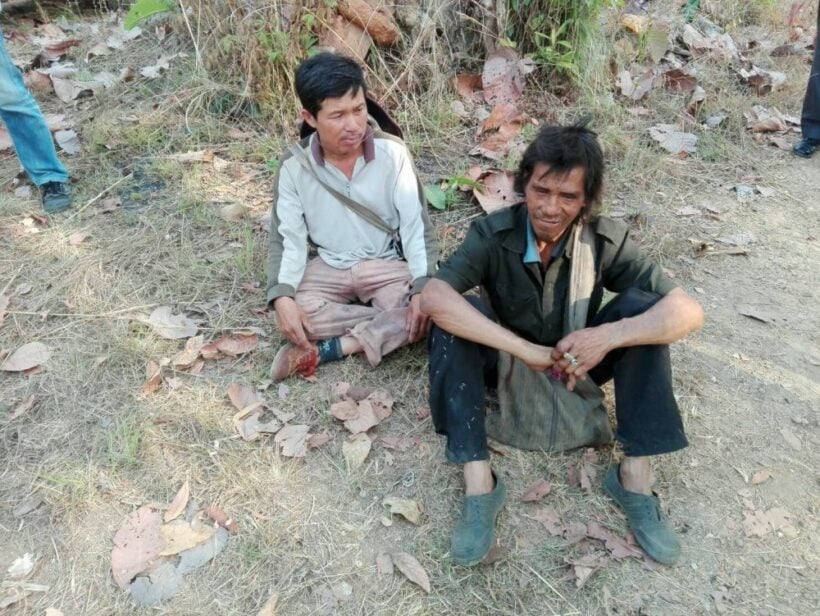 Two men from Myanmar have been arrested for inadvertently causing a forest fire that damaged some 20 rai of forest in the Khun Yuam district of Mae Hong Son province.

Firefighters, district officials and rangers of the Ranger Company 3605 rushed to the forest in Moo 1 village in Tambon Khun Yuam, Khun Yuam district at 4.30pm after they saw smoke billowing over the forest.

When they arrived at the scene, they saw two men running out of the forest. The two were captured later and identified as Lu and Thunsuay, both Myanmar nationals living in the village.

The two reportedly admitted that they had gone into the forest and lit a fire to an hornet’s nest but strong winds caused the fire to spread quickly. Officials said the fire damaged some 20 rai of the forest.

The two were taken to Khun Yuam Police Station to face legal action for allegedly violating the forestry law and the provincial administration’s order against entering the forests.

The nine provincial administrations and the Third Army Area have jointly issued orders prohibiting villagers from entering forests from March 25 to 31 to minimise chances of forest fire that could worsen air pollution in the area. 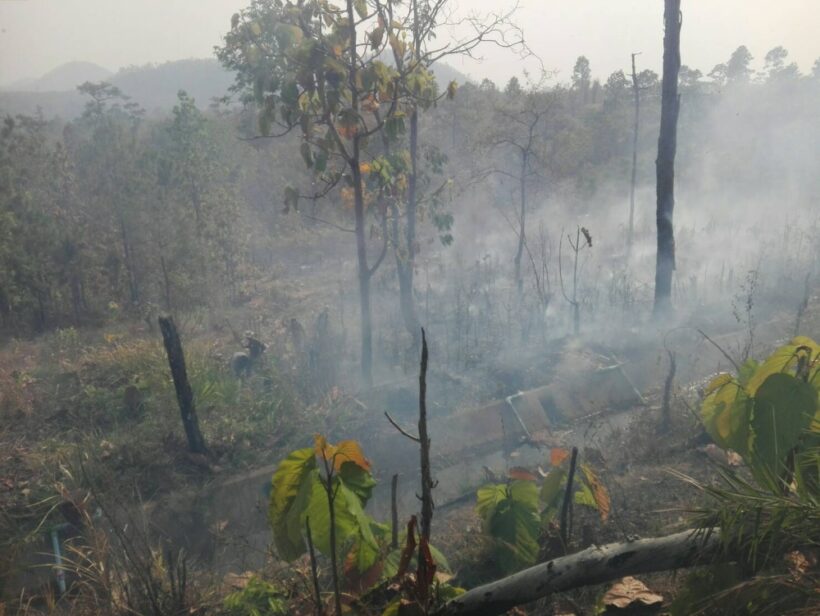