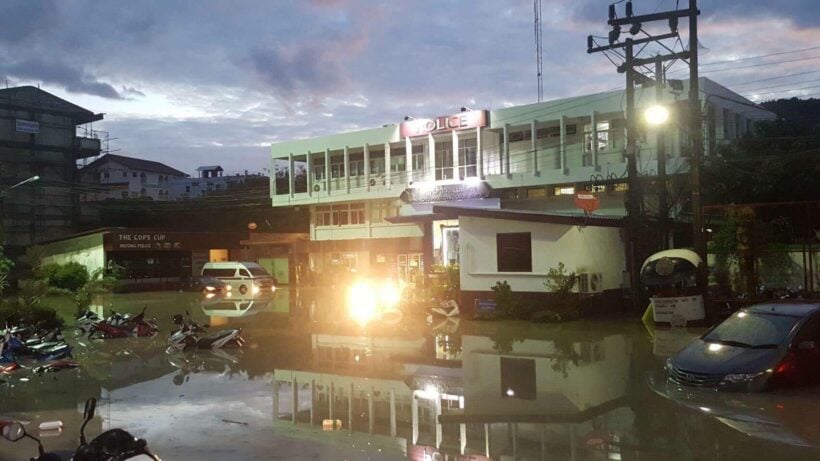 A lot of rain overnight so there has been some wet and slippery roads around the island this morning. Patong Police Station, as usual, suffers when there’s heavy rain. More racing down at Kata today for the Phuket King’s Cup. Nakhon Si Thammarat is really copping heavy rains and our Deputy PM is being asked ‘please explain’ about his ‘bling’.

Police are still investigating the deaths of six family members that were killed when their pickup truck lost control at a notorious sharp curve in Krabi’s Nua Klong district and crashed into a power pole.

The truck was driven by a 60 year old retired policeman. Police speculate the truck entered the curve at high speed and lost control.

They say the man was taking his family to Krabi to have dinner with his children, who run a businesses in the downtown area, to celebrate Father’s Day on Tuesday. Local residents said the curve was often the scene of accidents. 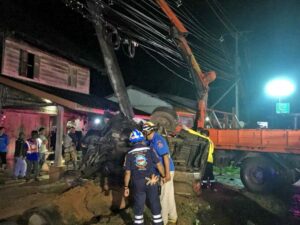 The inaugural edition awarded 14 restaurants one star, highlighting the quality of local cuisine, as seven of them offer Thai food. The other one-starred restaurants are Japanese, three French establishments as well as Suhring, Elements and Upstairs at Mikkeller.

During the past eight months, Michelin’s full-time food inspectors have made anonymous visits to restaurants to gauge their food. Restaurants are rated on such criteria as the quality of ingredients, consistency, cooking technique and flavour, the chef’s personality and value for money.

The Michelin Guide Bangkok makes Thailand the second country in Southeast Asia after Singapore and the sixth in Asia to have its own culinary reference. 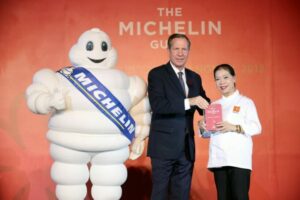 Nakhon Si Thammarat is struggling with a flood crisis that is claiming lives, disrupting train services and threatening to inundate the province’s main airport.

The province’s central area is also on the verge of being overwhelmed by rising floodwaters due to high tides and ongoing heavy rain.

The main commercial zone is now under 1.5 metres of water and a flooded road in the province is being blamed for two deaths after the bodies of the two women who went missing when their bus was washed off a road were found yesterday morning.

Officials managed to rescue the bus driver and 49 passengers but the two women were unaccounted for until their bodies were found.

The Disaster Prevention and Mitigation Department say floods had already claimed 15 lives in the South from November 25 until yesterday. 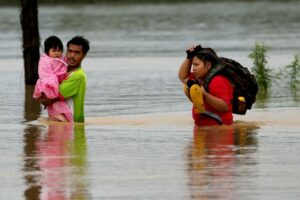 Deputy PM being asked to explain his wealth

NACC acting secretary-general Worawit Sukboon yesterday said the anti-graft body would start the investigation immediately as it was an issue of public interest.

Depending on the results of the investigation, Prawit could be found to have wrongfully concealed assets – and also for possessing irregular wealth, as the 72-year-old retired general has at least 87 million baht in assets despite working only for the military and being unaffiliated with any businesses. 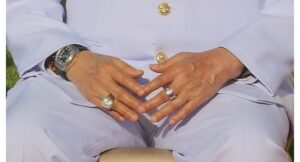 The Thai Alcohol Beverage Business Association says the public and private sectors should work together to clarify the ambiguities in the country’s new alcohol control law.

Thanakorn Kuptajit, president of TABBA, says that, despite being well-intentioned, the new laws are ambiguous in some areas, as well as being overly dependent on the discretion of officials, resulting in the lack of definitive guidelines.

According to WHO figures, Thailand ranks 72nd globally on the list of alcohol consumption per capita of people aged over 15 years. This statistic contradicts the common belief that the nation places near the top when it comes to alcohol consumption.

The Criminal Court yesterday convicted a former engineer of a bomb attack inside Phra Mongkutklao Hospital in May and sentenced him to 27 years in jail.

The court found 62 year old Watana Phummaret, a former Electricity Generation Authority of Thailand employee, guilty of the premeditated bomb attack at the hospital that injured 21 people, most of them retired military officers, and caused damage worth more than 1 million baht.

The court said there was strong evidence that Watana had assembled a pipe bomb and put it inside a vase in front of a pharmacy on May 22. He then detonated it with a timer. 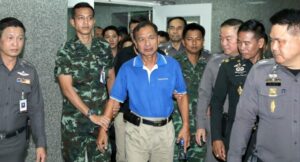