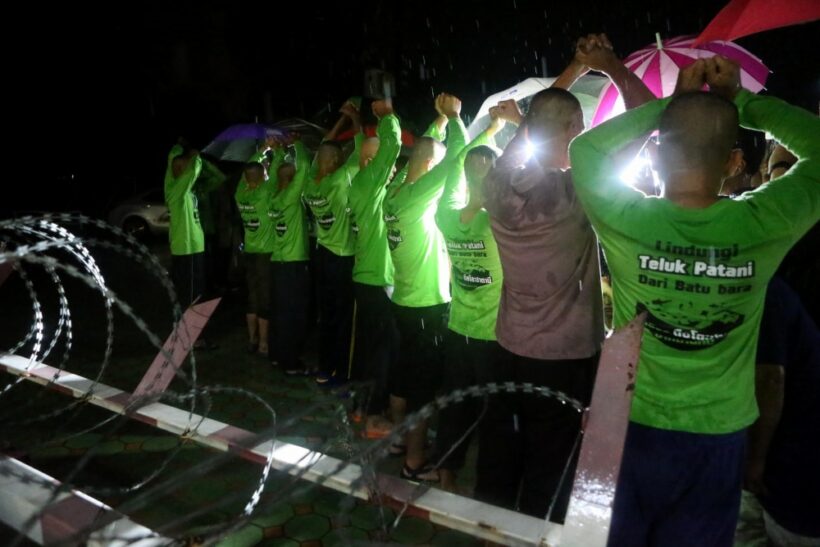 All 15 activists involved in the protest against the proposed Thepha coal-fired power plant have been freed on bail as Songkhla Provincial Court allowed university scholars to use their civil-service status to guarantee their temporary freedom.

However, the activists will still have to defend themselves in court as police had prosecuted them with four charges. On Monday, the police cracked down on the demonstration against the proposed power plant and arrested 16 leading members of the group as they tried to submit an appeal to the visiting PM. They say the proposed coal-power plant in Thepha district would damage the local environment and impact their health. 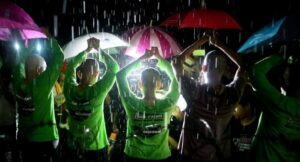 Government opens up its pockets

State enterprises are opening up their pockets next year by increasing investments by 52 per cent to 796.34 billion baht.

Somkid yesterday chaired a meeting concerned with accelerating the disbursement of the state enterprises’ investment budgets. 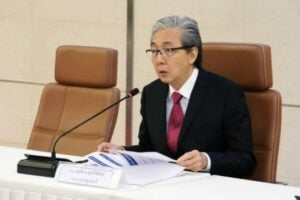 No butts about it. American couple still detained

A couple of Americans who host the Instagram page “Travelling Butts” are cooling their heels at the Bangkok Yai police station awaiting their fate after being arrested at Don Mueang International Airport. The pair have been detained for taking photos showing their bare butts at the Temple of the Dawn in Bangkok. The two, Joseph and Travis, are being charged with committing indecency in a place of worship, which potentially carries a jail term. Following their arrest, the two have deleted all the photos taken in Thailand, leaving only their bottom photos taken in other countries. The two have suffered the wrath of Thai social media with most calling for punishments including long jail terms. 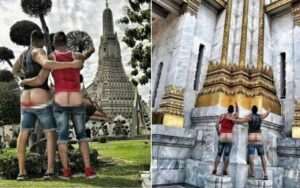 The move will allow some of the more than 120,000 tourists stranded to fly out after a surge in activity at Mount Agung had grounded hundreds of flights since Monday, sparking travel chaos. Tens of thousands have already fled their homes around the volcano – which last erupted in 1963, killing around 1,600 people – but as many as 100,000 will likely be forced to leave in case of a full eruption, disaster agency officials are advising. 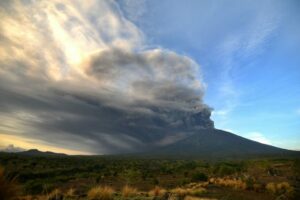 Royal Cremation building to remain open until end of year

His Majesty the King has granted permission for the public to continue visiting the Royal Crematorium site at Sanam Luang in Bangkok.

The initial deadline for the visits to finish was today but the King has agreed to extend the period to December 31. HM says he hopes students as well as members of the public will take the opportunity to visit the site. 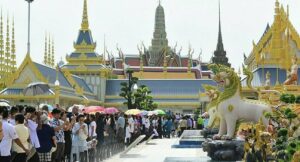 Rock star Artiwara “Toon” Kongmalai suffered a leg injury during his run on day 28 of his cross-country marathon and is resting until tomorrow with plans to resume his run on Saturday. He interrupted a six kilometre run in Pranburi, Prancuap Khiri Khan, telling his support team he had pain in his left ankle.

So far Toon has run for 23 days and has covered 1,064 kilometres since he started the charity campaign on November 1. Donations are currently sitting at 357 million. His run is scheduled to finish on Christmas Day in Chiang Rai. 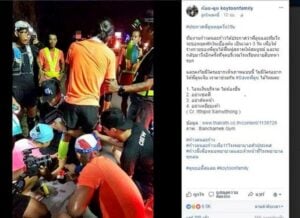 Daily briefings compiled from The Nation, Phuket Gazette and VOA.