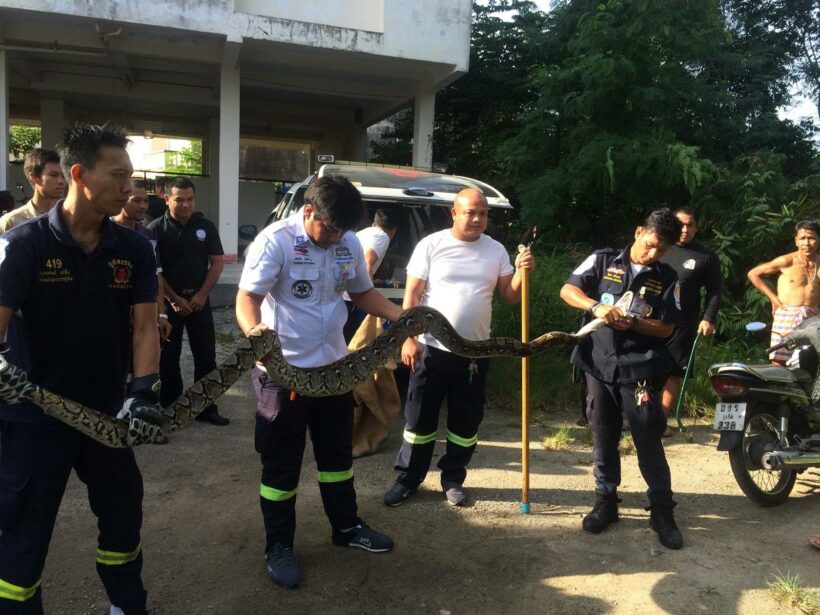 A 3 metre python weighing around 20 kilos has been caught in the act swallowing two small chickens near a salvage yard of Mr. Poonsap Sae Ngang at 8am.

A Kusoldharm rescue team tried to catch it using a rope lasso but the snake headed for a nearby tree. After a few attempts the team finally got the snake with nobody hurt.

Villagers says they heard a noise amongst their chickens. They came to see what all the noise was about and found the snake had already eaten two small chickens.

The rescue team says that during the past month they have noticed an upswing in snake alerts and caught more than a hundred of various species. All the snakes captured are released back into natural habitats away from humans and towns.

Chinese tourists get in trouble in strong Nai Thon surf