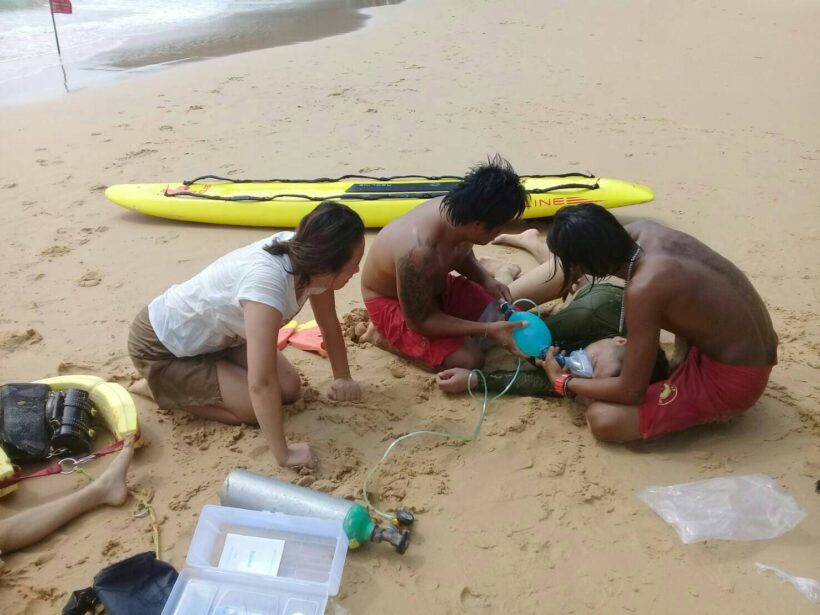 Lifeguards saved two Chinese swimmers at Nai Thon beach yesterday after they’d decided swimming in a red flag zone was a good idea. As the shore along Nai Thon has sudden drops off, the red flags were placed along the beach yesterday with quite heavy surf and strong onshore winds.

Somporn Wareekul, Head of Nai Thon beach lifeguards, says there was a group of about five Chinese tourists at the beach, two of them, a man in his thirties and a young boy around 8 yeas old, went for a swim, disregarding the red flags. The lifeguard tried to stop them and warned them but they didn’t listen and continued to swim out further.

It appears that a rip seized them and rapidly pulled them 50 meters offshore but the lifeguards quickly responded and brought them ashore. The Chinese man initially needed an oxygen mask and was sent to a hospital. Both he and the boy are now OK.