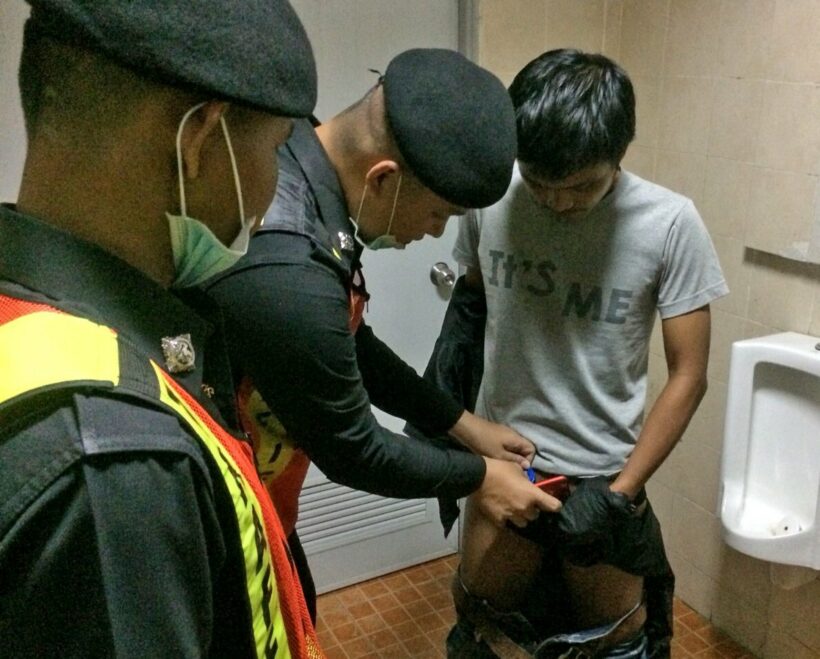 Police have been having a good run at the Phuket Gateway Thatchatchai checkpoint lately intercepting small-time drug dealers and couriers.

A 25 year old man from Phang Nga, Chalermsak Matchawate, was arrested with 585 amphetamine pills and 0.109 gram of heroine last night while traveling on a bus to Phuket.

The Hat Yai – Phuket tour bus stopped at the gateway for a routine search. Thachatchai Police realised that Chalermsak looked suspicious and his crotch bulge out so they brought him to the office for a search. 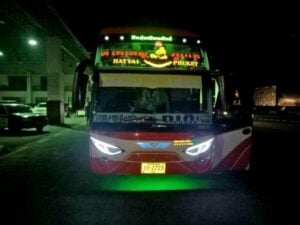 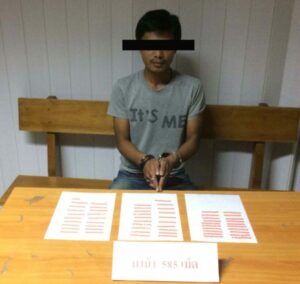 (We’re not sure if you’re going to smuggle drugs, anywhere, you should be wearing a shirt saying ‘IT’S ME)

Police found the drugs inside his underwear and brought him to Thachatchai Police Station.

He told the police that he bought the drugs from a man named ‘Off’ whom he doesn’t know the real name. The three packs of drugs were dropped off in Jana District in Songkhla province, with a value of 15,000 Baht per pack. He aimed to sell the drugs to clients in Phuket.

He has been charged for possessing and selling drugs.

“There have been two drug dealers arrested at the Phuket Gateway already this morning and lately another one this week. I have ordered Thachatchai Police to strictly check all vehicles, especially the transport buses traveling to Phuket,” said Thachatchai Police Superintendent, Pol Col Prawit Suthiruang-Arun. 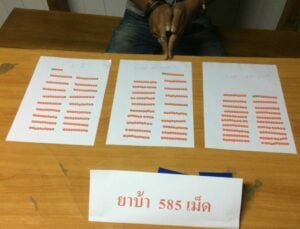