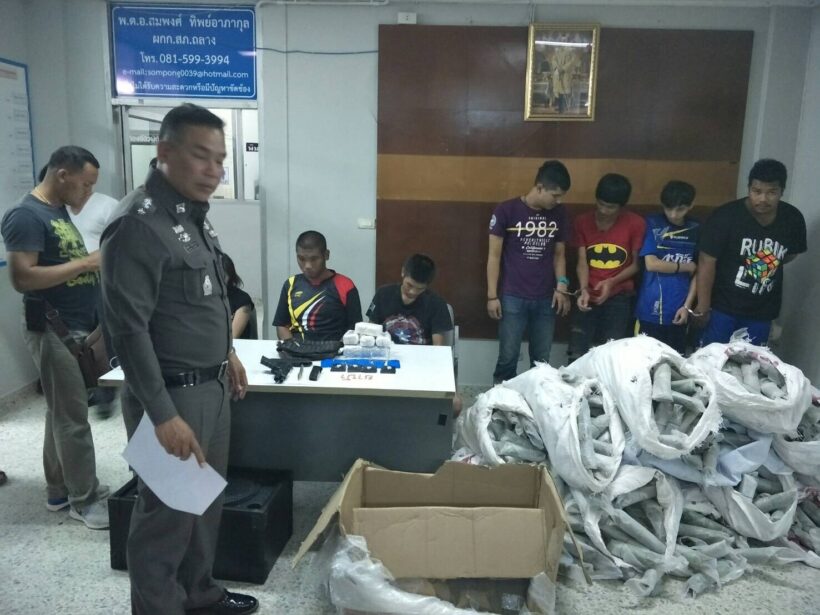 The 7 suspects were arrested in the Paklok area. Police received a report about drugs being sold in the area and found juveniles, including Kacha Kuekkong and Anuchit Khamsee, who were outside their room but were frightened when seeing the police and tried to escape back in the room.

Police captured them before finding another person in the room, Atikarn Lublae. At the scene police searched a car parked right in front of the room and found 2 guns and six .45mm bullets hidden in a brown bag. Next to the bag was a parcel box with a loud speaker inside with opening marks. Inside, police found 2 packs of 20,000 amphetamine pills.

Police continued to check rooms in the same building where they caught the suspects and found Sanchai Patan, Fatin Srirat, Panupong Kaewluang, and Chaya Changlek in their room with 220 leaves of kratom.

The seven persons have confessed that they were involved in a local drugs trade. Some of them were selling it while others claim they are addicted. Police claim that one of the seven has also been involved in two homicide cases.

The seven remain under investigation to find out who their drugs supplier is. 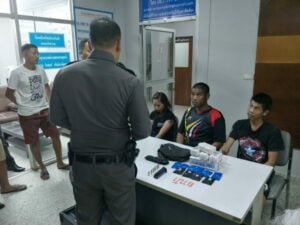 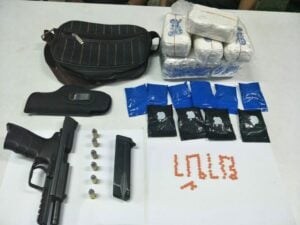 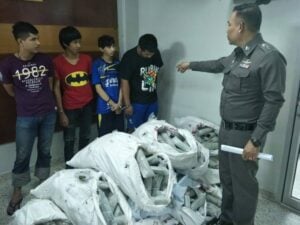 Domestic terminal opens another section for the high season